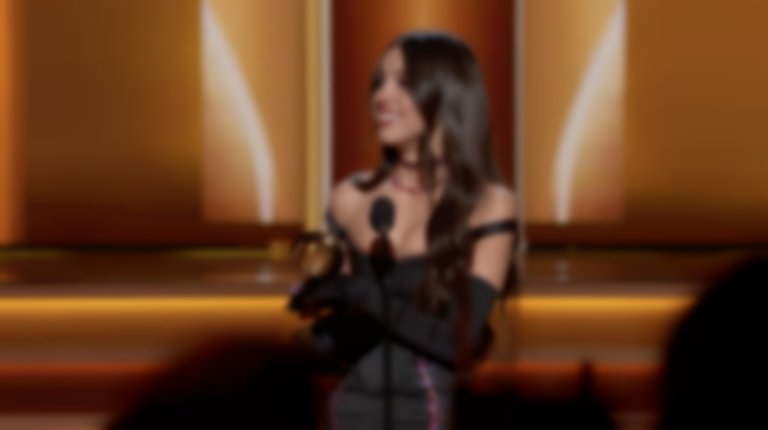 Silk Sonic, Olivia Rodrigo and Jon Batiste have been the big winners at this year's Grammys.

Foo Fighters cleaned up in the rock categories for album, song and performance, and Jazmine Sullivan won two awards for album Heaux Tales and single "Pick Up Your Feelings" in the R&B categories.

Rodrigo dedicated her award for SOUR to her parents, saying her success was "for you guys and because of you guys. When I was nine-years-old, I told my mom I was going to be an Olympic gymnast, even though I could barely do a cartwheel. The next week, when I told her I was gonna win a Grammy, she was very supportive, even though I'm sure she thought it was just a little kid pipe dream."

The biggest winner of the evening was Jon Batiste who scooped five Grammys including Album of the Year for his eighth studio album We Are. Batiste was the most-nominated artist during this year’s event, across eleven categories.“I truly believe this to my core—there is no best musician, best artist, best dancer, best actor,” he said. “The creative arts are subjective and they reach people at a point in their lives when they need it most. It’s like a song or an album is made, and it almost has a radar to find the person when they need it the most.”

Elsewhere, Trent Reznor won his fourth Grammy (his second for his soundtrack work), Questlove's Summer of Soul picked up Best Music Film, and Jack Antonoff won for his production work. Despite nine nominations for second album Happier Than Ever, and its title track, Billie Eilish walked away empty handed from the evening.

A big surprise of the night was a video message from Ukrainian president Volodymyr Zelenskiy, asking for support telling the story of Ukraine's invasion by Russia. "Our musicians wear body armour instead of tuxedos," said Zelenskiy. "They sing to the wounded in hospitals, even to those who can’t hear them ... But the music will break through anyway. Fill the silence with your music. Fill it today to tell our story. Tell the truth about the war on your social networks, on TV, support us in any way you can any, but not silence. And then peace will come to all our cities the war is destroying."

Check out a list of the major award winners below

Record Of The Year

Album Of The Year

Song Of The Year

Producer Of The Year, Non-Classical

A complete list of winners can be found on grammy.com