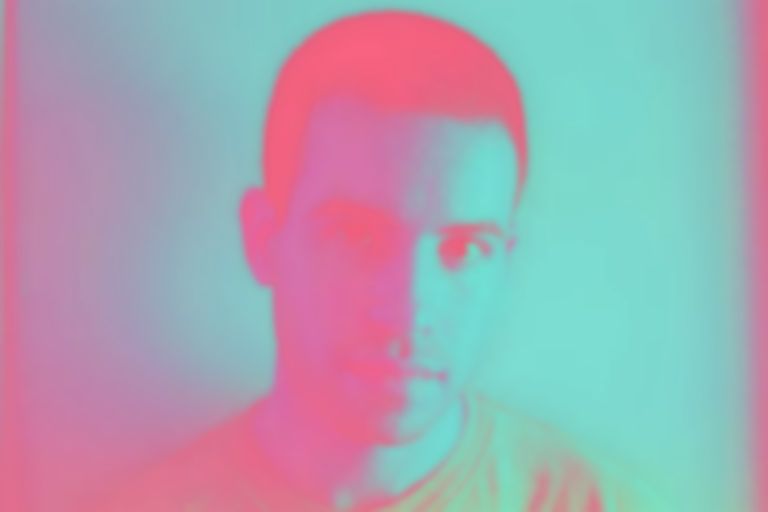 Gilligan Moss, the Chicago-born, Big Apple-based producer with a penchant for screwing with the rulebook. Moss doesn't blithely cast it aside, rather he's studied the innards and then decided to fuck with it in exciting ways - it's nigh-undefinable, and in his mischievous tinkering, Moss has crafted a set of songs that grab you by the lugholes and make you sit still to listen. His debut release, the Ceremonial EP was released last week - and we wanted to know what the hell makes a man like Moss tick.

Check out our Q&A with Moss about his musical year zero, sampling M&Ms, and becoming enamoured with Oasis, and then study the inspirations playlist afterwards.

Could you introduce yourself for those that aren’t familiar with what you do?

I was born and raised in Chicago, but I currently live and work out of New York. Musically, I try to make things that are both familiar in form but slightly foreign in execution. I've always been interested in musicians that live in the cracks between different genres, and I hope that this project sits in a similar place.

It’s hard for me to really say, because most of my time as a musician has been in New York. To me, Chicago’s music scene feels a lot more fragmented than a lot of cities. There’s a ton of amazing movements and groups of artists working on interesting projects - but I think a lot of times you’ll see those people move to L.A. or New York pretty early in their careers. However, I do think this is changing for the better as location matters less these days.

What sort of music was playing in your home growing up?

In my home the main musical influence early was my Dad. Like a lot of baby boomer parents, he was pretty much exclusively into music from the '60s and '70s (it still requires arm twisting to get him to listen to anything from outside that era). As I got a bit older, my brother put me onto a lot of great hip-hop - especially old Outkast and Tribe.

What was the first show you ever went to?

I want to say my first show was an Oasis concert in Chicago. I must’ve been in my early teen years, and I was still very enamored with the idea of a proper “Rock Band” - probably a result of the shadow cast from my Dad’s favorite bands. I remember going to the show with my two friends who I was in a band with... we were a band in the loosest sense of the word (never played shows, pretty much just jammed and got high in my friend’s attic). I can’t remember much about the actual show, but I’m sure pre-pubescent me was in awe of Oasis.

Why do you make music?

I can’t really put my finger on why I make music. I’ve always had a creative impulse - and I think a lot of that is genetic. My Mom, while not a musician, is a highly creative person who is always involved in some sort of project - and my Grandfather (her Dad) was a sculptor who made amazing wooden pieces.  I’ve always felt that music was the most natural way to for me to scratch that itch.

How did you come up with "Choreograph"?

Choreograph started with two concurrent experiments. The first was I started playing around with recording myself pouring M&Ms into plastic cups, pouring water, tearing paper, and then pitching those sounds around to create textures. Around that time I had just started experimenting with chopping up samples on an MPC - that led to the genesis of the idea for "Choreograph". The whole track took much longer than a lot my tracks take - that one took close to three months to make. At the time, I was working a pretty intense job, so I was only able to work on it late at night and on weekends. I would have to kind of write a lot of the song in my head on my commute to work, and then try to remember those ideas at night. I think that process was pretty powerful for generating ideas - it’s an approach that I think I’ve lost now that I’m doing music full time. I think a bit of space from a project can breed some powerful ideas.

It’s pretty unusual in lots of ways – where did the vocal samples come from and what do they say (if anything)?

The samples are from an a cappella group. To me the song isn’t really about a specific topic, it is more about the mood. I wanted the track to be euphoric, while maintaining a bit of chaos and anxiety.

Do you prefer to use live recordings or synthesised sounds?

I like to use both. I’m interested in songs that mix those two elements together. On some of the songs from this EP, I ran some parts out of a guitar amp and then recorded them back in with a microphone. Approaches like that can create an interesting combination of the two.

There seem to be a lot of moments that challenge conventional song structure and genres. Is that important for you?

Yeah, I think that’s super important. There should always be some element of a song that is both creating familiarity by playing off established conventions, but then finding places where those conventions can be pushed and violated in a surprising way. On a song like "Choreograph", I wanted to work within the language of dance music, but introduce twists and turns that might violate expectations.

How does it come together on stage?

On stage, the live show is me and my friend/collaborator Ben Bridges. Ben plays a bunch of synths and keyboards, and I’ve got my sequencers and gadgets on my side of the stage. We try to toe the line between traditional shows and electronic music/dance shows. There are portions of our set where we will play without stopping for 20 minutes, and then for some of the more traditional songs, we’ll present those with breaks on either side.  For the longer sections, we have things setup so that we can improvise how we get from one song to the next.

At the moment I’m working on some production for other singers, and I’m writing new material that will be on my second EP which should be out at some point next year. I’ve got a fair amount of songs ready, so in a couple months I’ll be at a point where I can sit down and figure out what to put on the second EP and what would make more sense on the first LP.

The rest of 2015 will just be more shows and writing. The second EP will be coming up pretty quickly, so in the short term my focus will be getting everything together for that.

Stream Moss' Ceremonial EP here - it's out now. You can check out what inspired him to compose the EP below.