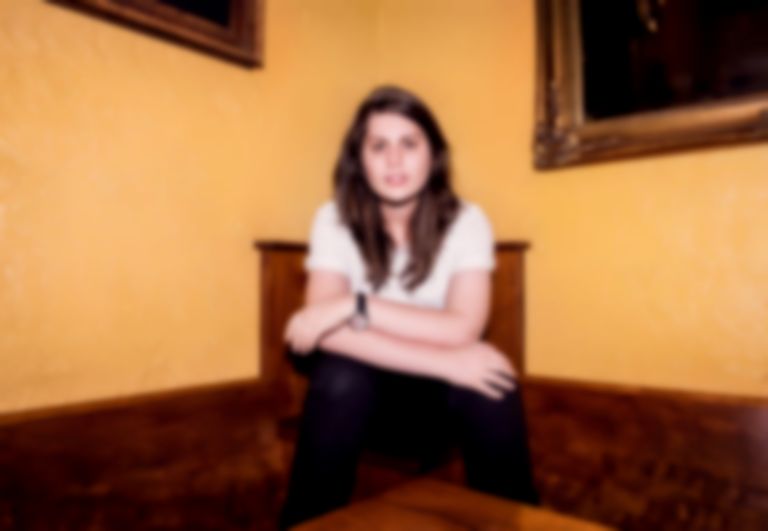 Melbourne rocker Alex Lahey released her debut album I Love You Like A Brother last month, and we've had a chat with her about how it all came together.

The fiery collection welds super-sized riffs to relatable tales of growing up and dealing with life's various obstacles, with tracks such as "Every Day's The Weekend" and "Lotto In Reverse" showing off Lahey's innate knack for a hook. It's an exciting first full-length from a fully formed artist brimming with fun and incisive ideas - Australia's rock scenes are in fine fettle these days, especially so with Lahey churning out an album like this.

Lahey kicks off a UK tour tonight at London's Boston Music Room, before heading to Bristol, Leeds, Manchester, and Glasgow. Find out the full details.

Have a listen to I Love You Like A Brother and get to know Lahey a lil bit better in our Q&A below.

BEST FIT: Hey Alex, can you please tell us a bit about yourself?
Alex Lahey: Hey! My name is Alexandra Lahey, but you can call me Alex. I’m a 20-something someone from Melbourne, Australia. I like to write songs on the guitar and sing them with my friends in my band. I also like quokkas, eating breakfast at lunchtime, and brushing my teeth in the shower.

What's your oldest musical memory?
Alex: That would be being propped up on the couch as a toddler and watching my parents dance to Bruce Springsteen’s "Hungry Heart" in our living room.

What happened to it?
Alex: I've still got it, but it's of limited capacity as it only has white keys on it, restricting me to C Major or A natural minor. First world problems.

How was I Love You Like A Brother written and recorded?
Alex: The album was mostly written in my house - I demo all my songs and the accompanying arrangements on Logic before bringing them to the studio, where I work with Melbourne producer/guitarist/derrison Oscar Dawson.

Is it an autobiographical record or a collection of stories?
Alex: The record is pretty much entirely autobiographical. The only song in there that isn't is "Let’s Call It A Day", which is about a guy I met who I thought was a bit of a dick, so I conjured this narrative of what it would be like if we were to go on a date - not very good, to say the least. I find it very hard to write about things that I haven't directly experiences or genuinely feel. Sometimes it's fun to put on a persona and write for others, but with this project, it's all from my own personal experiences.

How did "Every Day's The Weekend" come together?
Alex: I wrote "Every Day's The Weekend" when I was seeing someone who I knew wasn't the right person for me, but was happy to just have a good time and take it at face value. It's basically about allowing yourself to get caught up in something, leaving all the other important stuff on hold for a bit. The writing process started with the opening guitar riff and probably is one of the more chord heavy songs I've written.

What was the hardest song to finish on the album? Which fell into place easiest?
Alex: In a way the same song applies to both these criteria, and that would be "There's No Money". I had nine out of 10 songs for the record completed and I set myself the task of writing a 'final song' for the album. I thought of some of the greatest last songs that I’d encountered and ended up writing "Money" when inspired by Sharon Van Etten’s "Every Time The Sun Comes Up". It was a departure from the rest of the record with the electronic drum sounds, few lyrics, and minimalist arrangement which was hard to reconcile myself with at first, but I'm really glad I pushed through because it was a very natural process when I allowed it to be.

Which moments are your proudest of on the album?
Alex: The instrumental break in "Backpack" is definitely one of my proudest moments. It has come a long way since being a rough MIDI arrangement in a Logic file to becoming essentially a two-man orchestra made up of Oscar and I bashing orchestral percussion at our old high school.

What else are you working on at the moment?
Alex: I'm just taking it all one day at a time. I've also started writing the next record, which is the ultimate catharsis in a super busy time.

Do you have many plans for the rest of the year?
Alex: Touring and lots of it! I can’t wait to take this record around the world for the first time. It truly does feel like a new chapter of my life.

I Love You Like A Brother is out now via Dead Oceans.