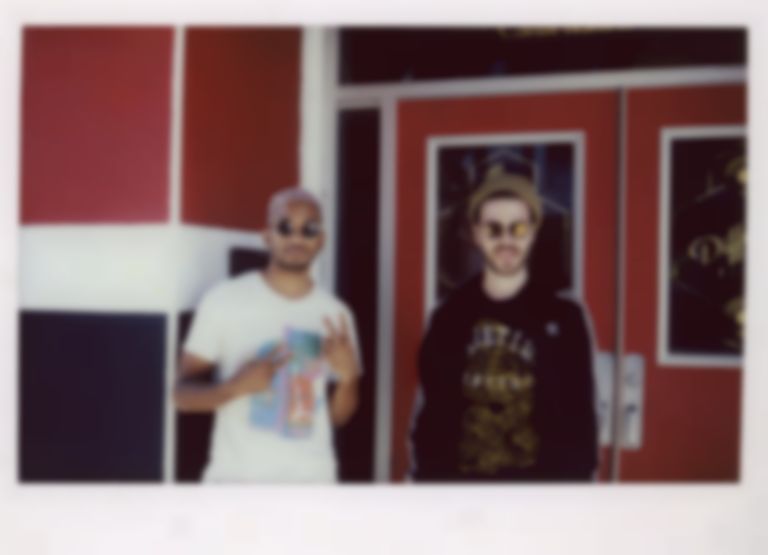 FKJ says of the collaboration, "I met with Chaz and Tony who plays keys in Toro y Moi for the first time at this session. The energy was real smooth and we got in the zone quickly. We couldn’t stop playing. Even if sometimes we’d try to take a break to write and structure something we would end up getting distracted by all these toys in the studio and start jamming again for another hour or two. At the end of the session we had all these demos. I took them back home and played with them. The next time I came to San Francisco, Chaz and I met again and chose a couple of them to finish, including "A Moment Of Mystery", which made it to this album."

Toro y Moi adds, "Vincent, Tony and I jammed out this track at Different Fur in San Francisco when Vincent flew in to work on his record. I ended up writing about the moments of desire and the tension we feel when we're away from loved ones. I want the listener to feel as if things are open ended with the person on the other side."

V I N C E N T will follow FKJ's 2017 self-titled debut, and will feature new collaborations with Little Dragon and ((( O ))). He said of the album in April, "This was a challenging record. I’m a perfectionist and it’s hard to shake that off. But once I did, and I let the music take over, I felt totally free."

"A Moment Of Mystery" featuring Toro y Moi is out now. FKJ's V I N C E N T album is set for release on 10 June, and is available to pre-order now.