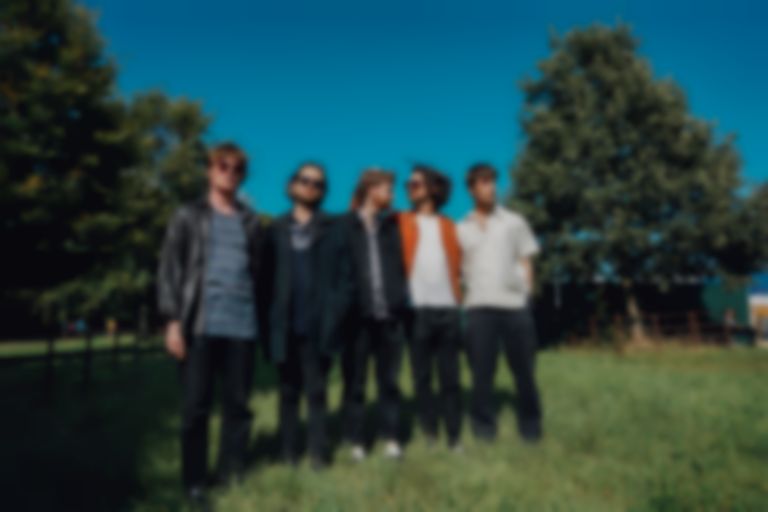 InVersions is a new compilation album that will see the likes of Fontaines DC, Arlo Parks and more cover various classic songs.

Fontraines DC have contributed their rendition of The Beach Boys' "Wouldn't It Be Nice", while Arlo Parks makes her French singing debut with a cover of Angèle’s "Ta Reine".

Discussing their cover of The Beach Boys, Fontaines DC say, "Covering a Beach Boys song has always been a scary thing considering the genius arrangements, their playing, their harmonies, everything about it. But it was always something quite intriguing and especially when we thought about it from the point of view of subverting the light-heartedness that they conveyed most of the time. So "Wouldn’t It Be Nice" we saw this kind of naive perspective towards love and marriage in the lyrics, and we were quite curious to see what would happen when you contrasted that approach with a darker musical palette. So we kind of slowed down the tempo and created a draggier tune for those lyrics to sit on top of. What came out of it is something that kind of reminds me a bit of The Jesus and Mary Chain and Rowland S. Howard."

We recorded a version of "Wouldn't It Be Nice" by The Beach Boys for @Deezer "Inversions". Listen to it here: https://t.co/Q7JZUwMUSa pic.twitter.com/IE2aRgdRbg

Arlo Parks says of her choice of song, "I picked "Ta Reine" by Angèle because I find her voice completely mesmerising and soft, and I feel like the topic the song discusses is very important. I’ve always wanted to sing in French since my mum is French and I’m generally just enthralled by this song and her delivery. I hope I can do it justice."

All the InVersions covers were recorded during the coronavirus pandemic.