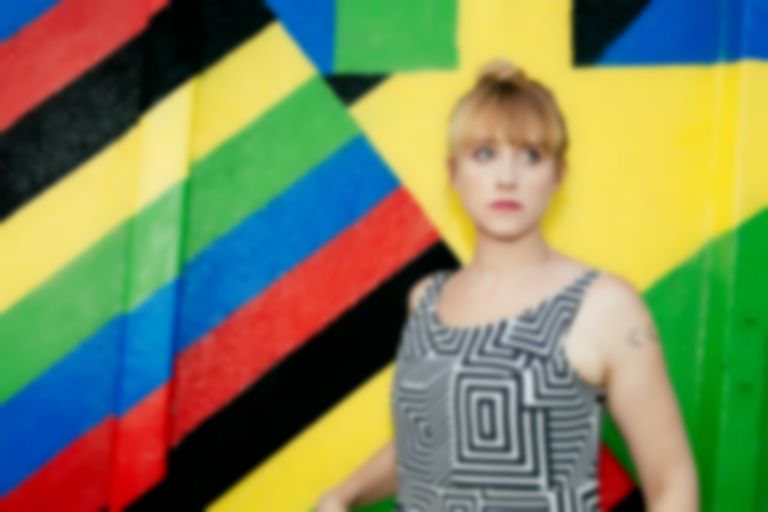 Flock Of Dimes' Jenn Wasner has shared two new tracks made with Madeline Kenney, "The Sisters" and "Helpless".

The pair came first collaborated on Kenney's 2018 record Perfect Shapes, and have today revealed a split single of two tracks, "The Sisters" and "Helpless".

On their collaboration, Wasner says, "When Maddie and I met a year ago to work on her record, Perfect Shapes, we felt an instant bond, both creatively and personally. We spent a lot of time together this year, and I spent most of it in awe of her ability to create with a lightness and fluency that I’ve only observed in very few others. So, in the spirit of constant creation and regeneration, and in celebration of our friendship, I’m very excited to share a couple of songs that we made during the time we spent living 50 feet away from each other."

Kenney adds, "Some strange twists of fate and good fortune put me in the orbit of Jenn Wasner’s musical genius for the entirety of 2018. Even after making a record, going on several tours together, and moving into the same house for a time, we just couldn’t bear the thought of our creative collaboration ending. We put these two songs together on the same piece of plastic - a kind of mirroring of how our musicality and personalities are truly two unique sides of the same coin."

Jenn Wasner released an album with Wye Oak last year, The Louder I Call, The Faster It Runs.

"The Sisters" and "Helpless" are both out now via Carpark Records. Revisit our All Apologies feature with Jenn Wasner.