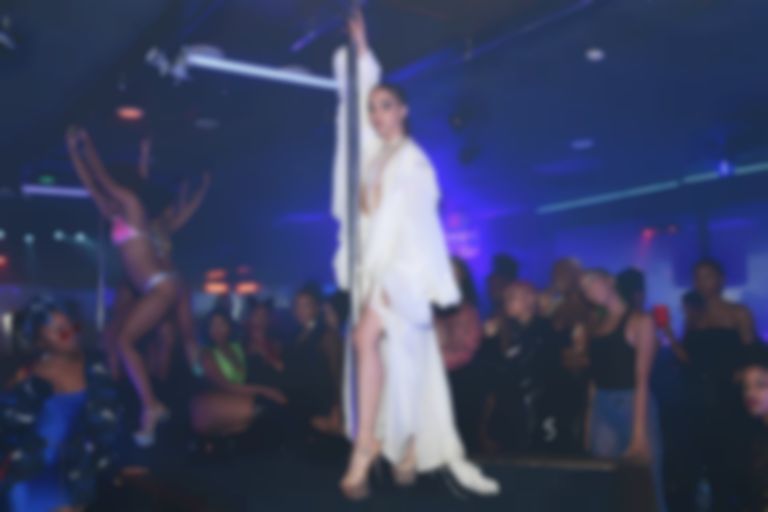 FKA Twigs has released a new short film titled We Are The Womxn, that documents her 2019 AfroPunk Atlanta set and after-party at Atlanta's first black strip club Blue Flame.

The short film is released in collaboration with WeTransfer, and was filmed in late 2019 at AfroPunk Atlanta and the city's iconic Blue Flame strip club.

We Are The Womxn is directed by Ivar Wigan, and gives fans a glimpse of a moon dance led by spiritual leader Queen Afua as a celebration of the sacred womxn.

FKA Twigs says of the film, "I decided to hold the second part of the all-female and femme sacred moon dance at Blue Flame, firstly to honor the heritage of pole dancing, but also to create a matriarchal dominance in a space that's usually filled with, and run by, male energy."

She adds, "I’m actually pretty shy but I felt so encouraged to dance and enjoy my body by all the amazing womxn who came together. I particularly bonded with one dancer at Blue Flame [named] Kharisma. She had such vibrant energy and at the beginning of the night she called the other girls on to the stage to be admired and supported in their expression. My experience at the Blue Flame solidified that, although historically womxn are often pitched against each other for their looks or their assets by the patriarchy, when left to our own devices we are incredibly nurturing and healing for each other."

FKA Twigs' We Are The Womxn short film is out now. Earlier this month she featured on Ty Dolla $ign's "Ego Death" alongside Kanye West, Skrillex and serpentwithfeet.