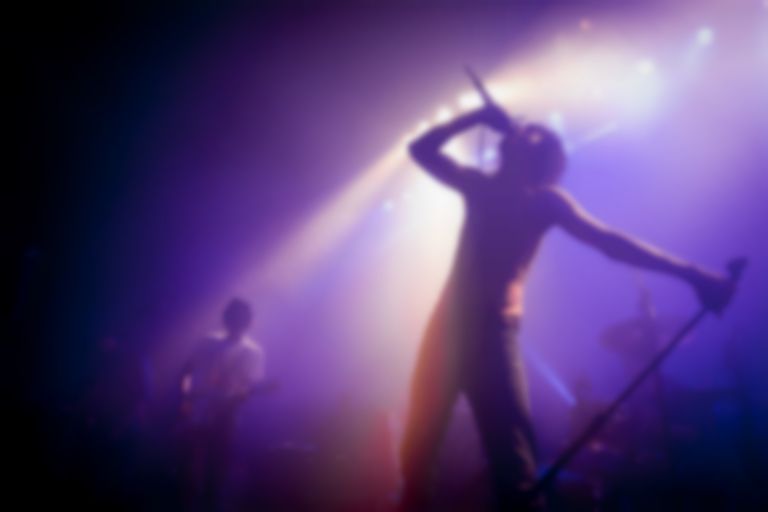 Fat White Family vocalist Lias Saoudi has shared a new essay clarifying his view on IDLES after Joe Talbot spoke about their beef in a recent interview.

Last year, Sleaford Mods and Fat White Family voiced their issues about IDLES, with Sleaford Mods' Jason Williamson writing that they were "appropriating, to a certain degree, a working class voice", while Fat White Family's Lias Saoudi described the band as "self neutering middle class boobs"."

IDLES' vocalist Joe Talbot talked about those comments in an interview with The Guardian earlier this month, "I’m not virtue signalling, I’m not hiding behind any sort of surrealist bullshit. I’m saying: this is what I believe in."

Talbot also revealed that those comments did make him angry, "I do hold on to those grudges. Their grudges, not my grudges. They make me powerful. It makes me angry. I was a very violent person. So yes, one day I genuinely had to stop myself driving up to London and finding him [Lias Saoudi, Fat White Family] because I go through fits and pangs of, like: 'Fuck off, just leave us alone'."

Yesterday (22 September), Saoudi posted an essay on The Social clarifying his opinion on IDLES. He wrote, "In a state of frenzied arrogance around 18 months ago I took it upon myself to hurl a few digital petrol bombs at some of the country’s most beloved acts from the comfort of my hovel in Streatham. In choosing to attack two groups at once I believed I was demonstrating a supreme confidence: a joyously lurid, deeply pathetic re-assertion of my own group’s hegemony over the ‘scene’. ... As the groups shit-stirrer in chief I almost felt obliged to start casting stones after those wilderness years, a bit of conflict is good for the art, I thought. Given Joe Talbot’s comments relating to my shameless trolling in The Guardian last week, I’d like to take this opportunity to clarify my position."

"In a way I’m grateful to the band IDLES," Saoudi continued. "For no other phenomenon in music over the last few years elucidates more clearly the brazen inconsistencies of the U.S. import social justice faith currently permeating every facet of our culture. This is a band that purports to be about unity and zero tolerance of prejudice of any kind, yet feels it necessary to pour scorn on anyone that comes from a small town that hasn’t quite managed to adopt the same middle class metropolitan point of view they call their own."

Saoudi went on to describe the extent of racial abuse he's received growing up, and called out Talbot, "but who is Joe Talbot to wag his finger and cast judgement on these people? Who is he to deny these people a pride in their national identity?" Saodi added, "When you grow up economically oppressed in a world which offers you ever diminishing prospects, a world where violence and abuse are the norm, sooner or later the hopelessness of it all has a fairly good chance of morphing into hatred: labelling these people scum isn’t progressive, it’s decadent. I’d go as far as saying it’s tantamount to blaming the slave for his chains. The racial hatred I encountered in the backwaters wasn’t pathological, it was that of the animal suddenly forced into sharing its cage with some new and terrifying creature."

The Fat White Family vocalist also wrote that the band "represent everything that is wrong with contemporary cultural politics, with a left to whom the future used to belong, in defeat now collapsing into whimsical utopianism. A left in love with its own marginality. Theirs is the sound of an inverse solidarity, one that revels in the sanctimonious condemnation of people not quite up to speed whilst offering up no valid counter strategy."

Saoudi continued, "The group claim that vulnerability is their armour, where exactly is all of this vulnerability? It’s as if the lyrics have been generated by a Guardian designed algorithm, every red button issue of the day systematically addressed in the most predictable way imaginable. Nothing all that personal is ever laid on the table. I don’t feel like I learn anything about Joe Talbot by listening to Joe Talbot. The easiest way to gain popularity online of course, is simply to regurgitate what everybody else already believes."

Before ending his essay, Saoudi wrote, "I've got no interest in beefing with this group of individuals, only what their huge popularity represents where politics infringing on art is concerned. For me, straight down the middle post-post-punk represents a collapse into nostalgia, born out of a refusal of the present, in a world where the future has been all but cancelled. That being said, when I saw the group play a tiny venue in France a few years back, just before they blew up, it was obvious they were pouring every fibre of their beings into the performance. Anyone willing to sweat nuts and bolts on stage like that, regardless of the underlying message, deserves our respect, and for that I duly salute them."

In response to Talbot's comments about nearly driving to London to find Saoudi, the Fat White Family added, "If Joe wants to get in his car and drive to London to mete out some form of rough justice on account of my expressing my opinion about his group that’s fine with me. It’s awful when you get a public rinse down; I should have at least qualified my comments last year. If it makes him feel any better, the tundra of abuse I received from both his fanbase and that of the Sleaford Mods after that outburst did rattle me to the core."