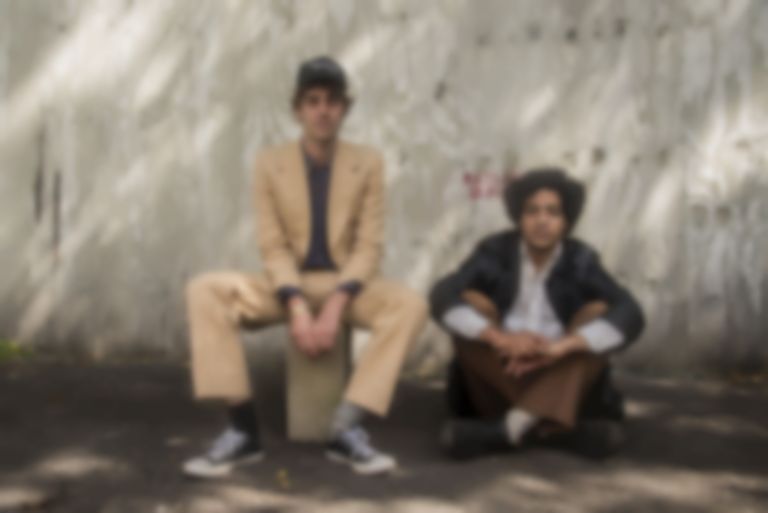 The pair melt gloopy lo-fi tropicalia, retro muzak tones, and psychedelic sinews together to create something that's far removed from either member's other projects. It's not technically their first release (they offered up a covers record titled Karaoke For One Vol. One earlier this year), but it's the first "official" output.

"Subaru Nights" was written by Adamczewski at Fat White Family's South London space The Queens Head, and recorded with producer Sean Lennon on an "ancient Tascam" in upstart New York. Marta Salogni is on mixing duties.

"We really wanted [our music] to be very British, or English I guess, and suburban but with a Hawaiian vibe," Adamczewski recently told The Quietus. "We wanted it to have a 1970s dinner party vibe, like that Mike Leigh [TV play] Abigail’s Party but soundtracked by Martin Denny. A subaru is a suburban boy racer car. I’m not sure if this translated at all in how the song turned out but in a way we were trying to get a Robert Wyatt-style vocal, with me really singing my heart out."