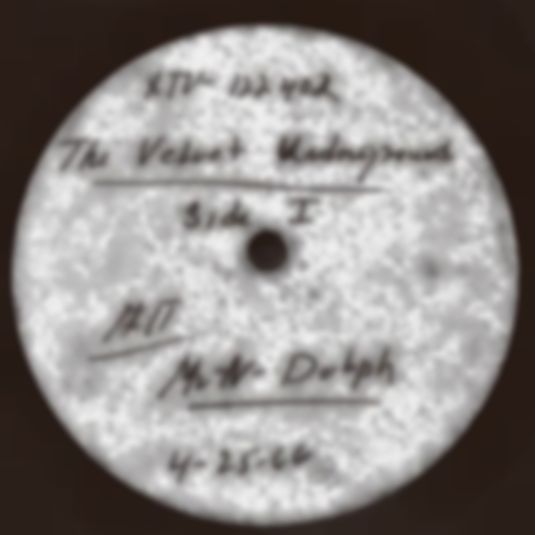 ​Back in 2002, Warren Hill (a roadie/touring mate of Sunset Rubdown) purchased a Velvet Underground record in NYC’s Chelsea neighborhood for a mere 75 cents. The record turned out to be a very rare (only 2 in existence) test-press acetate from a 1966 session at Scepter Studios. In 2006, Hill sold the acetate on eBay for $25,200, and it is now going up for auction once again.

The seller wishes to remain anonymous, but Chicago record store Shuga Records is managing the auction via their eBay store. They’ve also shared the following background info about the acetate:

Recorded in April of 1966 by Norman Dolph at Scepter Studios, the test-press acetate was created after-hours in secret at Columbia records by Dolph himself. Andy Warhol, who was managing the Velvet Undergound at the time, exchanged an original painting for Dolph’s ‘ghost producing’ the project.

Initially, Andy Warhol had pitched this completed recording for release to Columbia records. Columbia Records returned the recording, dismissing it with a blatant and bold rejection (a note that said something akin to “do you think we’re out of our fucking minds?”). Andy Warhol, John Cale, Norman Dolph, and John Licata could all be considered as contributing producers on the ‘Scepter Sessions’. A re-recording was released by Verve Records in 1967, with Tom Wilson as the official producer. The album became a success and remains a success to this day.

The recordings themselves were featured on 2012’s 45th anniversary reissue of The Velvet Underground & Nico. You can listen to audio of the Scepter Sessions below. For more info on the auction, check out Shuga Recrods’ velvetundergroundacetate.com.