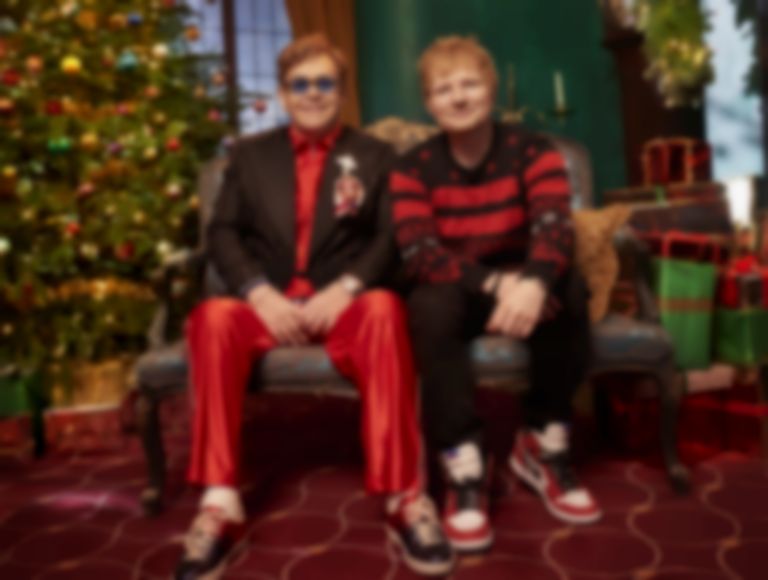 Ed Sheeran and Elton John have unveiled their joint Christmas single "Merry Christmas", which is accompanied by a video starring Big Narstie, Michael McIntyre and more.

Sheeran and John's collaborative Christmas single "Merry Christmas" is produced by Steve Mac, and will all profits from sales of the single during the Christmas period donated equally between the Ed Sheeran Suffolk Music Foundation and The Elton John AIDS Foundation.

The new song, accompanied by a Jason Koenig-directed video, recreates some iconic Christmas-themed music videos (such as East 17's "Stay Another Day") and festive films including The Snowman, and sees Big Narstie, Michael McIntyre and Jonathan Ross make appearances.

While speaking to Zane Lowe on Apple Music 1's New Music Daily, Sheeran said of the Christmas song, "When Elton rang me and said, "Let's do a Christmas song." I was like, "There's no point doing a Christmas song, because there are so many great ones out there. If we're going to do it, we have to chuck the kitchen sink at it and it has to tick every single box. It has to be sleigh bells… It has to be ding-dong church bells, it has to be mistletoe, dancing and wine." I've never actually thought of making a Christmas song. It's always been the type of thing that I thought I'd do when I was 60. It was, basically, my manager Stuart said he'd retire if I ever made a Christmas album… but to be honest, if it wasn't with Elton, I wouldn't be doing it. I've always wanted to work with him and this made the most sense…"

Ed Sheeran and Elton John's "Merry Christmas" single is out now on Asylum/Atlantic.