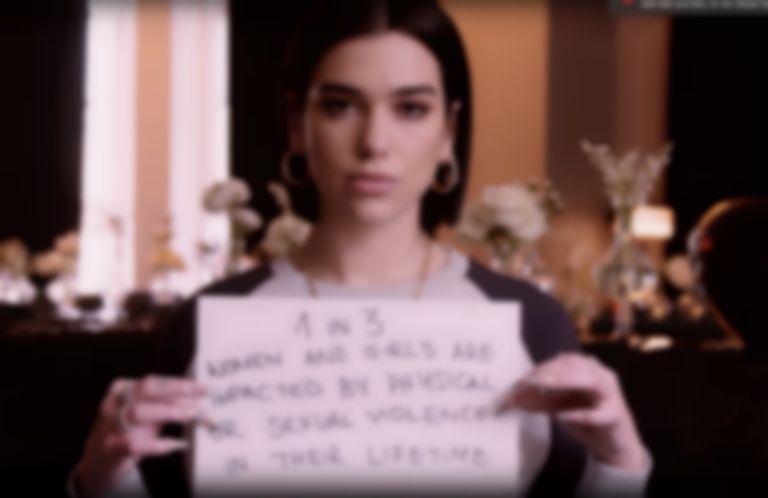 Annie Lennox has recruited artists such as Dua Lipa, Ed Sheeran, Biffy Clyro, and more for her Global Feminism initiative ahead of International Women's Day.

Singer/songwriter, performer, and Human Rights activist Annie Lennox has released a short film which "highlights the injustices still experienced by millions of women and girls the world over."

Commenting on her new initiative, Lennox says, "Disempowerment creates an appalling way of life for millions of women and girls around the world. While physical or sexual violence affects one in three women, and two thirds of the world’s 757 million adults who cannot read or write are women … these are only two on a long list of disparity and injustice. We cannot ignore the fact that feminism must have a global reach.

At a time when there seems to be so much polarity and division in the world, the term "global feminism" offers an opportunity for people from every walk of life, colour of skin, gender or sexual orientation to understand and identify with the bigger global picture. We need to stand shoulder to shoulder in support of human rights, justice and equality for women and girls everywhere in the world, especially in countries where they are not even near the lowest rung of the ladder."

International Women's Day is tomorrow (8 March). The artists featured in the short film have also contributed to a Global Feminism playlist on Apple Music.