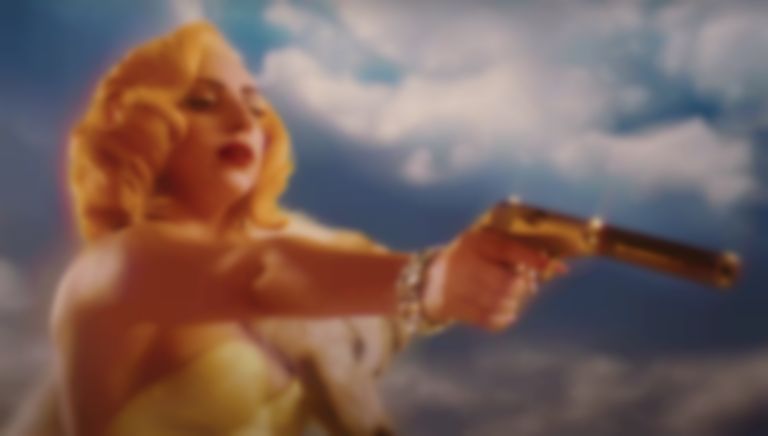 DJ White Shadow has discussed his work on Lady Gaga's ARTPOP album and the potential ARTPOP Act II release, revealing that he has "40 songs" on his ARTPOP computer that are "done or in the phases of being done."

ARTPOP was released in 2013 as the follow up to Gaga's 2011 album Born This Way, and in April a petition was launched for the release of ARTPOP Act II, after DJ White Shadow told a fan to "petition Gaga on that one" after being asked if ARTPOP Act II will ever be released.

Fans have been urging people to buy ARTPOP on iTunes as another way of petitioning for Gaga to release ARTPOP Act II, which gained a response from Gaga herself.

After DJ White Shadow updated fans in April saying he planned to meet with Lady Gaga after she returned from Italy from filming the upcoming Gucci film, he's spoken to Entertainment Weekly about the original album and ARTPOP Act II.

On how much material he and Gaga made for ARTPOP, DJ White Shadow said, "I think we made enough to do two records. It was probably on an idea list…. We probably talked about it. We had enough records to do it. I was happy to get that record out. I couldn't brush my teeth for a week after it was done, much less was I thinking about other songs…"

When asked if he has a favourite from the Act II vault, he responded, "I hadn't listened to ARTPOP in three years before this all happened… I pulled my ARTPOP computer back out and listened to it, and there are 40 songs on there that are done or in the phases of being done. I listened to some of the tracks and honestly, it's good stuff. It still holds up. [But] it's not like, "This is a good song! Let's put it on the internet!" You have to send it to the whole factory."

In the piece, two songs titled "Tea" and "Onion Girl" were mentioned, and DJ White Shadow said of them, "I can tell you that they're both good songs. There is a song called "Onion Girl"."

On whether he's managed to meet up with Gaga yet, he said, "We haven't yet. I'm working on another crazy project right now. She got done with the Gucci thing and now I'm fucking buried, so I'm trying to get back to L.A. in the middle of the month."

When asked if ARTPOP Act II will actually get a release, DJ White Shadow replied, "I don't know. I always have an interest in working with her, and I won't speak for her…. I think there's an interest in doing stuff. We work well together. If we were to work together again, we would go over these old files. Would we call it ARTPOP: Act II? I don't know. Whatever she wants to call it, that's what we'll call it. When it comes down to making a record, it's my job to listen to her and take what's in her brain and make it into something she wants…. if she doesn't want to do it, I won't do it."

He added, "If she does want to do something, she'll be the first to say something. We're still very close, I love her very much, and I've never had any "fuck you" moments. Us not working isn't because we're mad at each other, we're both human beings and we have our own lives, doing shit. There's nothing more in the world that I'd like to do than give everybody what they want, and I'm sure she feels the same. If everybody keeps asking for it, maybe it'll happen."

Lady Gaga's 10th anniversary edition of Born This Way is due for release on 18 June via Interscope, and is available to pre-order now.