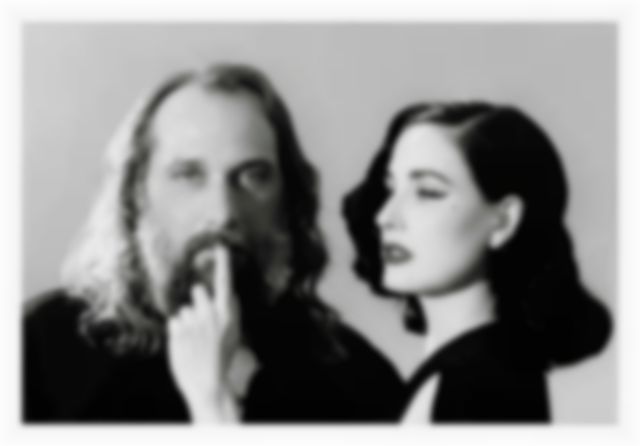 Von Teese is perhaps better known as a burlesque dancer, model, designer, and actress, but now begins a new path thanks to some divine intervention from French electro titan Sébastien Tellier.

"I'm not a professional singer," Von Teese states. "In fact, I’m quite uneasy about recording my voice. But I do enjoy the thrill of doing things that are outside of my comfort zone. When I performed for the first time at the Crazy Horse in Paris, I invited Sébastien because I was such a fan, not daring to imagine that someday he would compose an entire album for me."

"When I saw Dita dance to a piece of music I had written for her," Tellier adds, "I had a feeling that her physical presence and her personality were a perfect fit with my music and I started to compose only for her. When you think that you've finally pierced Dita's mystery, she turns out to be more than ever, a creature of dreams, totally out of reach."

Tellier has written and composed the album, with his wife Dean de La Richardière providing the lurics for "Rendez-vous" - which is "about a woman taking control of her freedom, and of her hunger for pleasure. Imagine this woman gathered with two or three people in a hotel room in California, under the pink light of dawn, for some passionate stolen moments."

Dita Von Teese is out via Record Makers in February 2018.