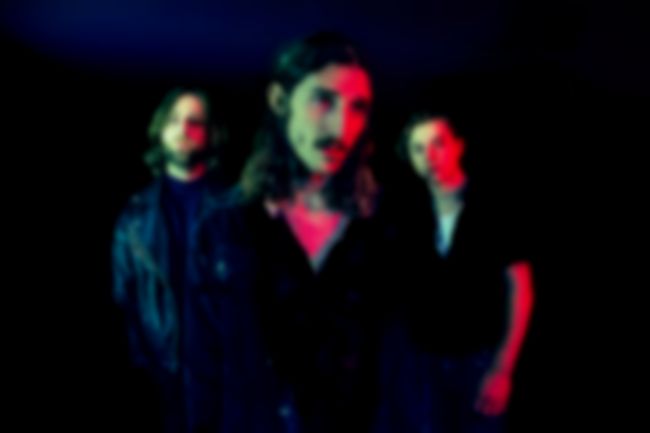 The record follows long-in-the-making 2015 debut Dream Soda, and comes after a period of personal and professional tumult - including the loss of one of their original members.

"It's about getting to know your duality, that there's good and bad in you, and not hiding from either," explains frontman Matthew Marcantonio. "A spoonful of sugar is sickly, but with lemon it becomes bittersweet and something new altogether."

"We like old videos of bands on TV shows," Marcantonio continues of the new video for "Be Your Man". "They have this unorganised quality to them, before this standardised version of what a performer should do and how to act. it was looser and more care free, they took the piss out of it all."

Holy Doom was (mostly) recorded over the summer with Ian Davenport in Oxfordshire, with the drums laid down by previous collaborator Christoph Skirl.

Demob Happy play a few shows later this month with Frank Carter and The Rattlesnakes (they'll also head out to continental Europe with them in March), before heading around the UK with The Cribs next month. Find out the full details.