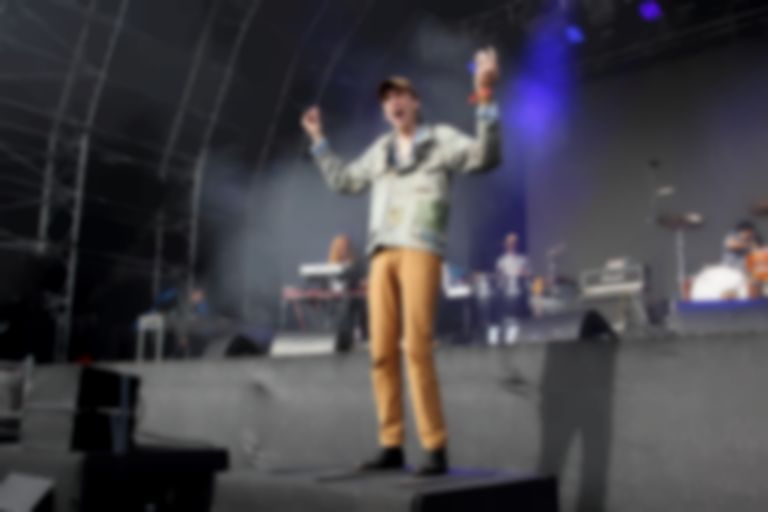 Deerhunter vocalist Bradford Cox brought their show in Seattle to a halt over the weekend to open up a dialogue with a heckler about appropriating Native American culture.

On Saturday (20 July), a heckler shouted "fuck you" at Bradford Cox after he revealed he was a fan of Twin Peaks and revealed that he was staying in North Bend at the Salish Lodge so he could explore Snoqualmie the following day.

In video footage posted by Stereogum, Cox brought the heckler to the front of the crowd to discuss why she swore at him, to which the heckler revealed, "You’re appropriating Snoqualmie culture."

The Deerhunter vocalist replied, "Is there something about North Bend that I should know? I’d like to hear it."

The heckler goes on to ask why she should have to discuss the situation as a person of colour, to which Cox replied, "So that I can empathise and relate to your point."

As the crowd cheered, Cox added, "What is your assumption about my life that makes you think that I am somehow privileged or I represent someone appropriating your culture? I believe that you have a very good point that you’re not going to share with me out of arrogance."

The heckler tried to state, "You, obviously as a white, male," before Cox jumped in, "Did you just call me male? I don’t even know that you can assume my gender, my friend."

Deerhunter will play End Of The Road Festival next month, and will perform at London's Roundhouse on 3 November. Find out more.