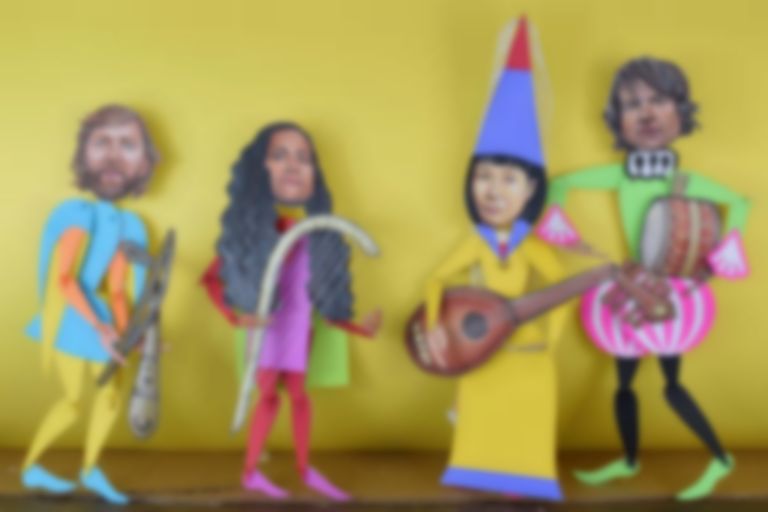 Deerhoof have returned with details of their forthcoming album Actually, You Can, and have unveiled "Department of Corrections" as the first outing.

"Department of Corrections" is the group's first release since last month's Deerhoof Sandwich EP, and is accompanied by a video directed by Jess Joy.

The band explain the new song "is about all the marvellous mysteries of life that don't add up on a ledger sheet or figure into an AI algorithm. It's about Judas going electric. It's about how the human species itself is meaningless without a planet to live on. How we vastly outnumber our would-be masters if only we could get organised."

Actually, You Can - produced by the band themselves - will follow last year's Love-Lore covers album which was a sequel to Future Teenage Cave Artists.

"Department of Corrections" is out now. Deerhoof's Actually, You Can album will land via Joyful Noise Recordings on 22 October, and is available to pre-order now.