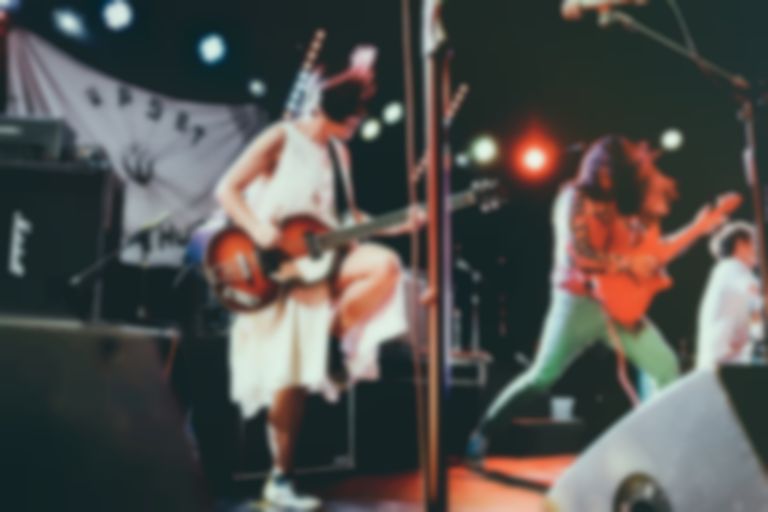 Deerhoof have teamed up with CERN, where the Large Hadron Collider is found, to create an experimental blend of music and science.

CERN (the European Organization for Nuclear Research) worked for "months" with the band for a one-of-a-kind short film.

A blurb for the project reads: "Probably the first and only venue which required quantum mechanics classes before a soundcheck, the LHC takes some of the smallest possible things in nature and slams them into each other. In the presence of magnets colder than outer space, Satomi, Greg, Ed and John took the noise of CERN and slammed it into hyperdrive."

Dr. James Beacham says of the endeavour: “Musical curiosity is similar to scientific curiosity and, on a personal level, Deerhoof has inspired me as much as Einstein. They’re explorers and this sense of exploration is what you feel in the air at CERN right now, and so the pairing of Deerhoof and CERN was natural. Ex/Noise/CERN is about exploring the unknown. During Run 2 of the LHC, we’re not sure what we’ll find - extra Higgs bosons, dark matter, cracks in the Standard Model - and when we brought Deerhoof to CERN, we weren’t sure what they’d do in SM-18. But like the best scientists, they were curious, daring and embraced the unknown - with spectacular results.”

For more information about the project, visit the Ex/Noise/CERN website.

Watch the nine-minute video below.