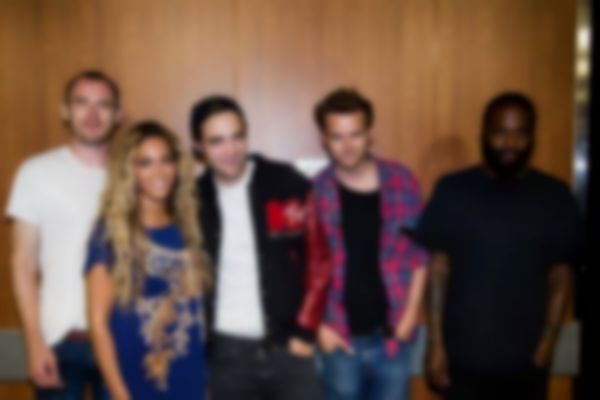 In a moment worthy of an awkward photo tumblr, Death Grips, Twilight‘s Robert Pattinson and Beyonce were snapped backstage at The Mrs. Carter show in LA.

The bizarre ensemble was referenced earlier this month by Active Child, who tweeted:

robert pattinson hanging w Death Grips at the beyonce show. am I in the twilight zone?

The Sacramento hip hop band posted the photo on their Facebook page earlier this week debunking recent rumours that Pattinson was refused access to a meet-and-greet with Beyonce.