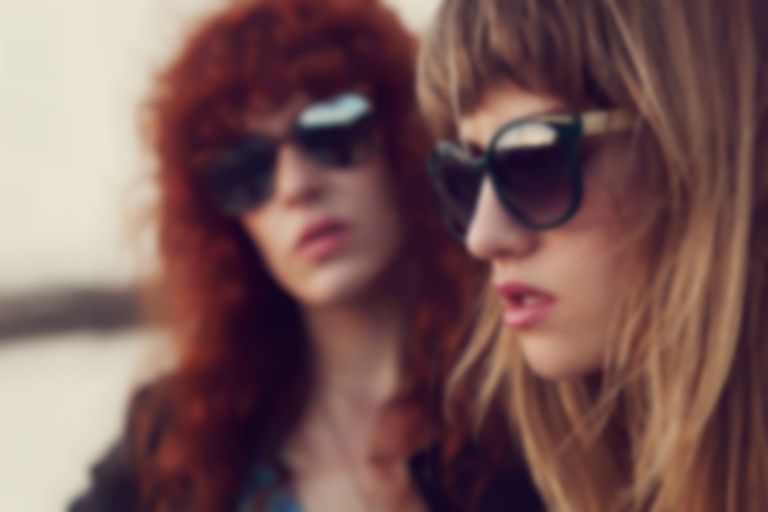 Deap Vally have shared their new single and video "Royal Jelly", which serves as the first preview of their upcoming second record.

The video is directed by Jess Holzworth, features work from makeup artist/i-D beauty editor Isamaya Ffrench, and stars Georgia May Jagger. It was shot at Good Luck, a bar in Silverlake/Los Feliz.

Like the upcoming album, "Royal Jelly" is produced by the Yeah Yeah Yeahs' Nick Zinner.

Speaking about the record to Noisey, at drummer Julie Edwards' baby shower, guitarist Lindsey Troy says: "We're not on a label right now. We're just taking control of our destiny and we're ready to put it out but we have to do things the right way. We wanna have longevity, we don't wanna sabotage our career... it's a hard business because you're constantly asked to compromise those things. Compromise isn't worth it for us. We do this to empower ourselves and others, not to be billionaires. Money would be nice but…”

Edwards chimes in: “We're doing this to change the world. We're going to be ballers on our terms. That's even bigger balling.”

Debut album Sistrionix was released in 2013. Check out our session with Deap Vally from 2012.

Watch the video for "Royal Jelly" below.