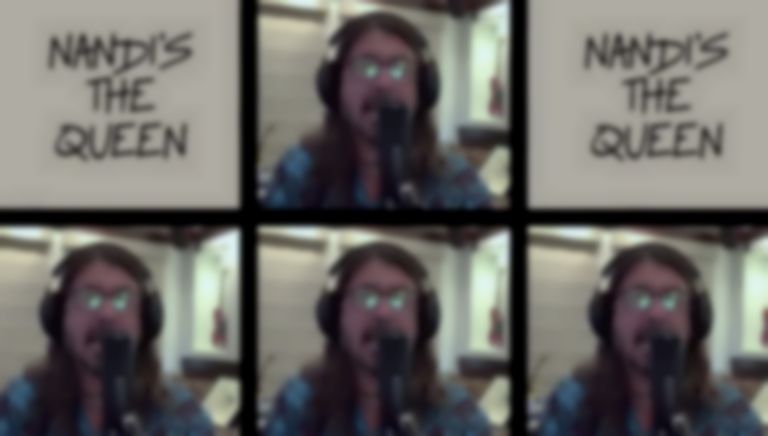 For round two of Dave Grohl's drum-off with 10-year-old Nandi Bushell, the legendary rocker has created a fun and adorable song for the viral drummer.

Dave Grohl is one of the best rockstars out there, not only has he been sharing stories from across his huge musical career during lockdown, but he often gives time to young fans, and today it's no different.

The drum-off with 10-year-old Nandi Bushell began when she uploaded a drum cover of Foo Fighters' "Everlong". She challenged Grohl to a competition, resulting in Grohl responding with a drum cover of Them Crooked Vultures' "Dead End Friends".

After Bushell responded with her drum cover of the same Them Crooked Vultures song, Grohl accepted defeat for round one and teased something special for round two.

Grohl has released his round two entry this afternoon (14 September), and it's a full punk song about Bushell's incredible drumming skills, featuring lyrics such as "Nandi / Number one supergirl / Nandi / Best drummer in the world / Nandi / Always right on time / Nandi / Hero wunderkind."

Ok @Nandi_Bushell....Round 2! Every superhero needs a theme song. Here’s one for you! Mad props to The Grohlettes for the background vocals. pic.twitter.com/js9xBasbpw

Back in May, Dave Grohl said he will "absolutely" write his own memoir one day.