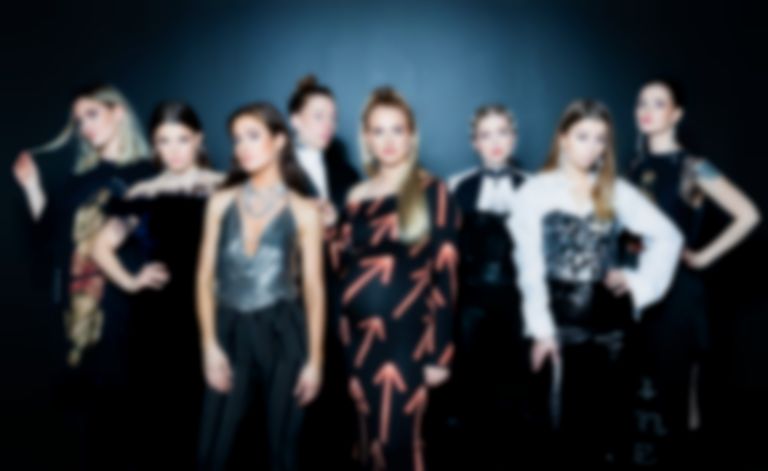 Daughters of Reykjavík, fka Reykjavíkurdætur, are back with new banger "Fool's Gold", the second single to be lifted from their forthcoming album Soft Spot.

"Fool's Gold" lands after last year's lead single "Sweets", and is the biggest banger yet from the Icelandic nine-piece rap collective.

Speaking about the new track, the group's Katrín Helga Andrésdóttir says, "Our latest single "Fools Gold" is probably the poppiest song on the album. It’s called Soft Spot and it refers to the fact that we are moving away from the aggression that we came into the rap scene with, moving into this man's world with both middle fingers up in the air. Now we’re taking a step back and allowing ourselves to put our shields down. This song is a mixture of both the attitude and the badassness, and also the softness and the girliness."

Soft Spot will follow on from 2018's Shrimpcocktail mixtape.

"Fool's Gold" is out now. Daughters of Reykjavik's Soft Spot album arrives in April via The Orchard. They play Iceland Airwaves in November. Find out more.