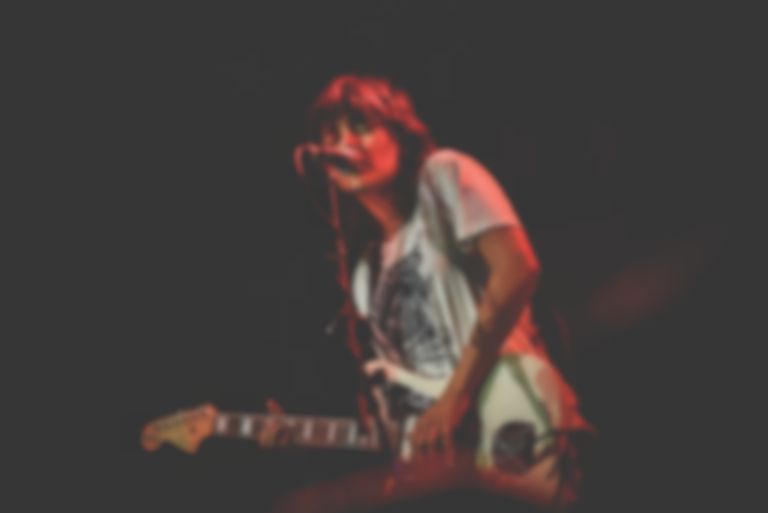 Courtney Barnett and Kathleen Hanna are among the artists that have contributed songs to a new cassette compilation responding to the Burger Records situation.

Back in July Burger Records announced that they were shutting down entirely following multiple allegations of grooming that were made public via an Instagram account.

According to Pitchfork, the new limited-edition cassette compilation is called Hands Off!. The pre-order page says the tape will "benefit the empowerment of young womxn through rock n roll."

Hands Off! is curated and produced by Miss Alex White of White Mystery, May McDonough of Psychedelic Cherry, LG from Thelma and the Sleaze, and Charlie Kaplan of Tapehead City.

LG of Thelma and the Sleaze says, "This is a statement about there being no tolerance for predatory behavior in the rock scene. The buck stops here. We wanted to put together something special by womxn to empower womxn, as a collective force for change. Cassette culture and DIY culture must progress and maintain its importance moving forward for a better tomorrow inclusion accessibility for all artists. fuck boys clubs."

100% of proceeds from sales of the cassette compilation will 100% be donated to "profits that focus on the empowerment of young women".

The Hands Off! cassette compilation will be released 1 December, and is available to pre-order now.