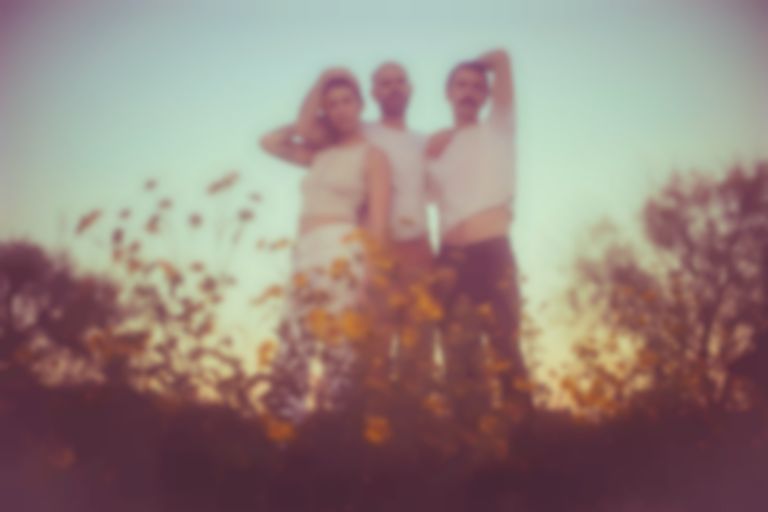 US trio Coco have ended their run of anonymous releases with the announcement of their self-titled debut album, and have shared new single "Knots" to accompany the news.

As well as revealing the brains behind Coco, the three-piece have released new single "Knots", which arrives alongside news of their self-titled debut album.

""Knots" came together a bit differently than the other songs on this record," they say of the new single. "We all live in different cities and generally get together for a couple weeks at a time with a light no-preparation rule, so the writing can take place with us all in the same room, in a retreat mindset."

Coco add, "But "Knots" began as a virtual collaboration - Danny wrote the chords and sent it to Maia to topline, borrowing from a pop or electronic music process. Then when the next retreat rolled around, the three of us collaborated on the lyrics and arrangement to bring it home. "Will you let me in your garden again" - with both music and lyrics, we went for a lush, baroque piece with a few twists and turns, calling up a memory of someone from the deep past, or perhaps a past version of oneself."

The trio - who had worked with each other on different projects prior to Coco - came together with no intended outcome, and by the end of their first meeting together, they had two tracks to show. "Music sprung up between us with a surprising and collaborative ease," they explain. "It felt like a creative playground in contrast to the demands of our other projects. From the beginning, we made a conscious effort to foreground our intuitions and trust each other’s first instincts - criticism and indecision weren’t a part of the process."

Coco's decision to begin releasing music anonymously came from their late manager Bob Moses. "We found that mindset to be inspiring and creatively fertile," Coco say of the anonymous experiment. "It allowed us to move through the initial stages free from some of the ego’s usual interjections. We wanted the songs to speak for themselves, without the influence of association. When we went back into the studio, we built each song together from the ground up - a practice in democracy, splitting up instrumental, writing, and production tasks evenly in every sense."

On finally revealing their indentities, Coco add, "Just as releasing music anonymously felt natural in 2020, it now feels natural to share ourselves and delight in the connection we make with our listeners. To those who have been here from the beginning, thank you for continuing to listen. For those just hearing our music for the first time, welcome and thank you for being here today."