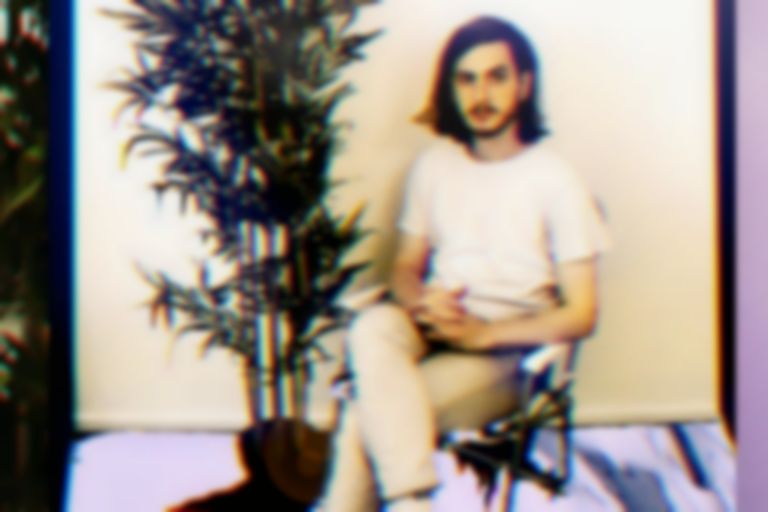 We catch up with Clarence Clarity to find out what he's been up to and what he's up to next.

Hear "Splitting Hairs" below, and read our Q&A with Clarence Clarity after.

What have you been up to since the release of NO NOW?

I did some live shows; I've done quite a bit of co-writing work. NO NOW came out a over a year ago, so I guess a lot has happened since then. I disappeared to Los Angeles for a while, trying to reinvent myself or some shit, but now I’m back in the UK and working on loads of new music which I’ll start rolling out as soon as possible.

Looking back a year on, how do you feel about the record?

Zen. Ha, I dunno, I don’t have much feeling towards the album. I try to embrace the moment of creation then let go of it emotionally after its been released. It’s like I’m handing it over for others to get something out of, and it’s not really for me anymore. I think it’s the best record I could’ve made in that moment in time. There were no compromises and it sounds the way it was meant to sound. So on that level it’ll always be a success to me.

What was the most important thing you learned from the process?

Probably more of the same sorta thing I was just talking about. As a creator you should just try and enjoy the process. Stop worrying about your ‘legacy’. Make your art the best you can, and after that it’s not your problem anymore, ha. Don’t know if I learned that from the process as such, but I definitely affirmed that philosophy with myself along the way. If you can work like that then you stop being as precious about releasing music and you can keep your forward momentum going - that’s important for sure, and something I’m trying to push myself with further.

Could you tell us a bit about "Splitting Hairs"? How did you write/record it?

That track was finished instrumentally right towards the end of the NO NOW album writing period. So for me it’s psychologically tied to that era. It was part of a collection of unreleased ‘beats’ that I wanted to find collaborators for, but I couldn’t find the right vocalist in time for it to be considered album material. So it kinda got put on the back burner. Until I was introduced to Pizza Boy.

Now feels like a sensible time to put it out, to give my listeners something to hopefully enjoy while I’m getting my next steps sorted, and it also ties everything up for me quite nicely in terms of that project as a whole. Putting it to bed and moving forward with completely new ideas etc.

What was it like working with Pizza Boy? What did he bring to the mix?

Amazing, its been so laid back and easy, just working across emails etc. I knew straight away we were on the same page with our outlooks - overly self-aware and nihilist beyond hope, ha. Hip-hop/rap was so influential on the last album - in my head NO NOW almost is a hip-hop record. Most of the beats are made like that - on a wonky 95 bpm framework. I just don’t rap obviously, so no one else hears it like that. I worked with L.A. rapper A.J. Crew on an re-edit of "Cancer In The Water" a few months back, but this time I wanted to actually craft the whole track around another vocalist.

Are we likely to see more collaborations like this in the future?

Yes, I have a few others on the go, but whether they’ll form part of my second wave of work or not is unconfirmed right now. But there will definitely be other vocal presences of some sort on upcoming tracks. I did absolutely everything on the last record - almost stubbornly and just for the sake of it - as part of the album concept, but now I’ve ticked that box I’d like to explore adding some different voices to my cocktail of sound.

How's the new material coming along? What does it sound like?

It sounds like the Clip Art of an ancient supernatural race of cyborgs, lost in the mystical woods of your darkest, yet purest secrets.

When can we hear more?

Well I’m not really making an album as such, I’m just making tracks. I’m trying to make what I see as ‘internet music’ - short, to-the-point songs, that burst with ideas to overwhelm and smash your thirty-second attention span into tiny little pieces all over your timeline.

So with that in mind, I’m just going to start releasing tracks as I finish them, starting soon. I’m quite regularly posting little blips to Instagram if anyone wants to follow along - these aren’t previews from some big planned PR campaign behind the scenes, it’s literally as I’m working on it. I want people to be involved in the process this time, and let it unfold in front of everyone. Letting the energy of actually having music out there guide the project. YES NOW.

I’ll just be happy with a bit of sun. Love to you all.

Watch the "Splitting Hairs" video, by Clarence Clarity, below.