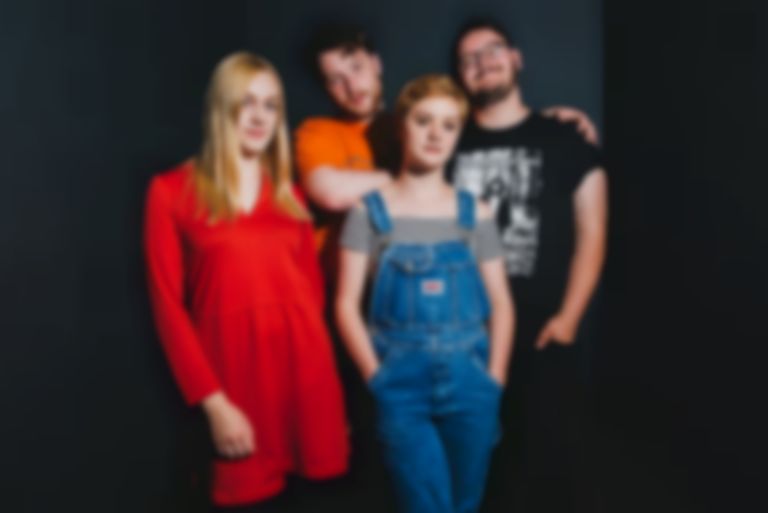 The track is one half of their upcoming debut AA-side release, which will also feature a re-recording of early demo titled "Honey". Naomi Baguley and Ben Lewis have recorded the tracks with Hookworms' MJ.

"Emo Friends" is a rough-around-the-edges stormer with grand bass tones and lots of fuzzed-up riffs. It's firmly in the pop world thanks to the duelling harmonies and Baguley's crystalline vocals - this is refined and charming.

Pre-order the AA-side from Beech Coma Singles Club now - it's a new "bi-monthly subscription series from the Beech Coma label, part-funded by Arts Council England", and Bruising's upcoming release is the first instalment.