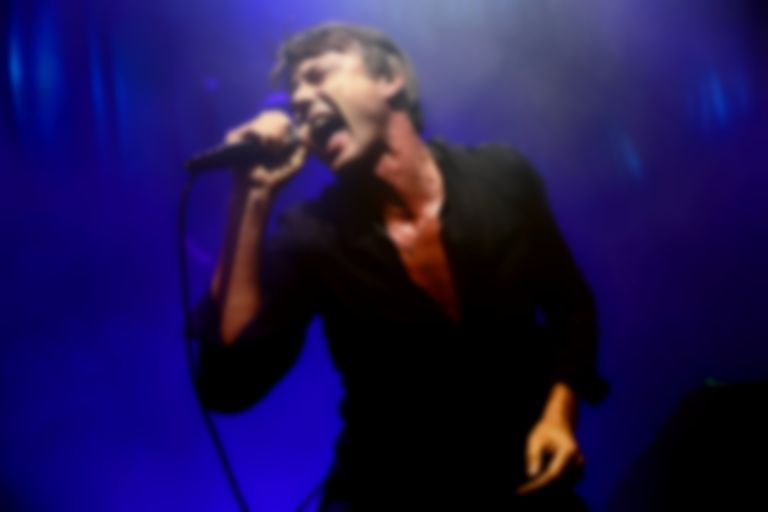 Suede’s seventh album, is released this week accompanied by a film, directed by Roger Sargent and written by Stephanie de Giorgio

It tells the story of a tragic event  that has disastrous consequences for the main character (simply referred to as "Man" in the credits). We spoke to singer Brett Anderson about the film, the record's themes and the band's plans for 2016 and beyond.

What are the themes on Night Thoughts? There’s a lot in the film about getting older and being a bridge between your parents and children.

This is the first record I’ve made since I’ve become a parent, but having a child also made me look at myself as a child and I looked at my relationship with my father. There’s definitely that sense of being a part of a continuum when you have a child and you were a child yourself, lots of themes on the album are about that. “I Don’t Know How To Reach You” is about my father’s fear of losing contact with me and about myself as a parent and myself as a child.

When you premiered Night Thoughts at The Roundhouse you played it in full and chronologically, something bands usually do for their "classic" albums, what was the idea behind that?

It’s quite a statement isn’t it? It’s a bit cheeky but it wasn’t hubristic, it was us wanting to deliver the album in its entirety, we thought that as we’d made an album we intended to be a piece, why not play it as a piece?

How did you approach recording the record?

We recorded it as a whole piece in order to cement the idea we were going to make an album, rather than a collection of songs. Some things worked and some didn’t and we had to go back and re-write parts of it, but the value of that was the album became a complete piece and we were able to join things and use songs as link pieces.

Night Thoughts feels like it has a linear narrative, especially when you see it live with the film.

I think the film gives it more of a narrative, because it has a deliberate narrative. We wanted Roger to reinterpret how he saw the album. I sat down and told him the themes, there’s lots of stuff about birth, decaying, death, youth and parenthood and he took it somewhere else, I didn’t want it to be a literal interpretation. We made a record that we wanted to be listened to as a whole, so we thought ‘let’s make a film that further cements that idea’ and then suddenly we’re standing behind a screen at The Roundhouse, it’s funny how thoughts become things.

How did playing along to the record, behind a projection of the film, work live?

When we decided to do it the first thing I said was ‘We’re not going to play to a click’, so we decided to play the album live and the guy who’s operating the film had to keep up with us. He could slow the film down and he had hit-points for the start of songs, so it was really down to him. As soon as we were onstage we weren’t looking at the film and the screen is so big you can only see abstract shapes and colours. I really liked the whole experience of doing it; it was a bit of a leap of faith because no one knew how it was going to turn out.

The film itself is very harrowing in places, it reminded me of Nicolas Roeg’s Don’t Look Now and the impact a traumatic event can have on a relationship.

It’s interesting what you said about the Nicolas Roeg thing, I hadn’t thought of that, but you’re right. I think the plot device of the film had to be really extreme, the ultimate tragedy, because Roger didn’t have the subtlety of being able to give the film a script. It had to be quite obvious to work out that the child’s death caused the man’s life to fall apart. I think the film’s a lot darker than the album.

What’s your ambition for the album?

We’re trying to re-write our history! We’re trying to eradicate half of Head Music and all of A New Morning in a Stalinistic way and contravene the laws of time and space!

Well a song like “Pale Snow” is very atmospheric and goes somewhere unexpected musically for Suede, with interludes like on Kate Bush’s Hounds Of Love.

Hounds Of Love was a huge record for me, possibly my favourite album ever and one of the inspirations for this record. I love that it’s got themes that tie it together. Night Thoughts is a rock bands interpretation of that though, she’s a very different artist and has different freedoms as an artist.

What’s the plan for the rest of the year? Will you play behind the film at festivals?

It’s not festival friendly! It’s not for headlining the main stage; it’s more in ‘the arty tent’. If people want us to do it we’ll do it, but if you’re headlining a main stage people want to hear “Animal Nitrate”. We’re going to do some dates, but I really don’t want to do too much touring, I’ve got a family now, I’ll do a couple of weeks but that’s it really. I want to start on the next record because we finished this album a year ago, it feels like now’s the time to start writing again.

Where do you want to go with next record?

I don’t know where that’s going to go but I want it to be braver still. I feel like people are interested in what we’re going to do next, which is a lovely position to be in twenty five years into your career. I’m inspired by the fact that people want to hear a new Suede record. One of the elements that people really like about this record is where we’re not compromising and one of the things I’d like to do with the next record is not compromise at all, not write any pop songs on it and see where it goes.

Night Thoughts is released Friday 22nd January on Rhino and is available via iTunes and Amazon.