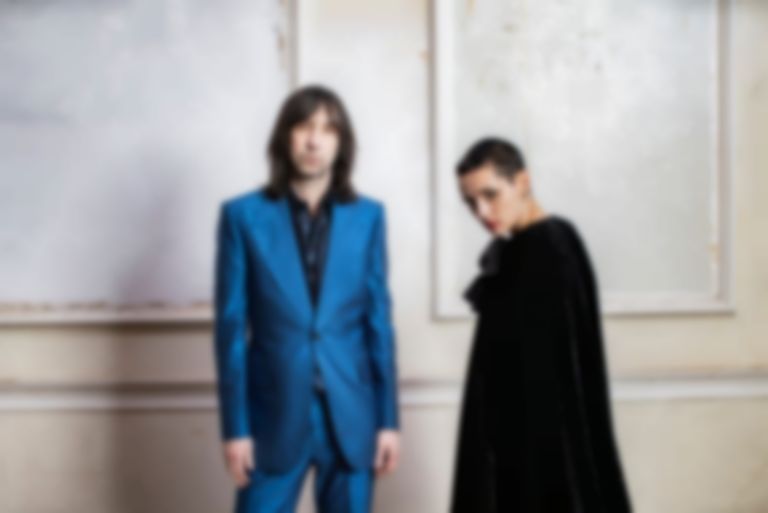 Bobby Gillespie and Jehnny Beth have delivered new cut "Chase It Down" today (6 May), which arrives as a second glimpse of their collaborative album Utopian Ashes.

"Chase It Down", the opening track from Uttopian Ashes, lands after the duo's March single "Remember We Were Lovers", and is accompanied by a Thomas James-directed video.

The pair first met in 2015 after being invited to perform with Suicide at The Barbican in London. They cemented their friendship further the year after when Beth joined Primal Scream on stage for a duet of Nancy Sinatra and Lee Hazlewood's "Some Velvet Morning". In 2017 Beth and Gillespie met up in Paris with Johnny Hostile and the rest of Primal Scream for some sessions, which started the formation of Utopian Ashes.

"I wanted to put pain back into music," Gillespie says. "I wasn’t hearing a lot of it in modern rock music."

"Chase It Down" is out now. Bobby Gillespie and Jehnny Beth's Utopian Ashes album will be released 2 July, and is available to pre-order now.