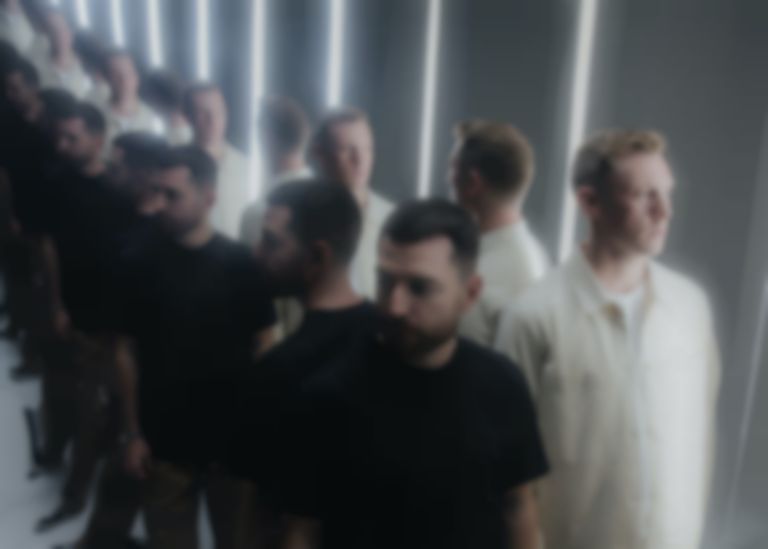 The duo say of their new outing, "We aim to pull influences from a broad range of inspiration when we write music, our tracks often go through many iterations and directions before we settle on the final ingredients. "Saku" feels like a good example of a hybrid for us. We drew from IDM and Footwork via 90s R'n'B, and it was amazing to work with Clara who totally gets that vibe. One of the early demos was 155 BPM and another actually used the vocal from "Apricots" (before it became "Apricots") pitched up. We also had a hang drum melody version but in the end we decided to keep Clara's voice uncluttered."

Matt McBriar of the duo adds, "It’s always been an unquantifiable topic for us. We’re not religious, but we're both from different religious backgrounds. There was always a lot of interest in us talking about those issues, but we always felt that one of the things we loved about dance music was that freedom it gave you to be released from talking about those things." Andy Ferguson continues, "You’d enter the club and it would be people from both sides of the tracks and they’d be hugging. And the following week, they’d be with their mates rioting. It felt like the safest place but, on paper, it should have been the most dangerous."

"Saku" featuring Clara La San is out now. Bicep's Isles album will arrive 22 January 2021 via Ninja Tune, and is available to pre-order now.