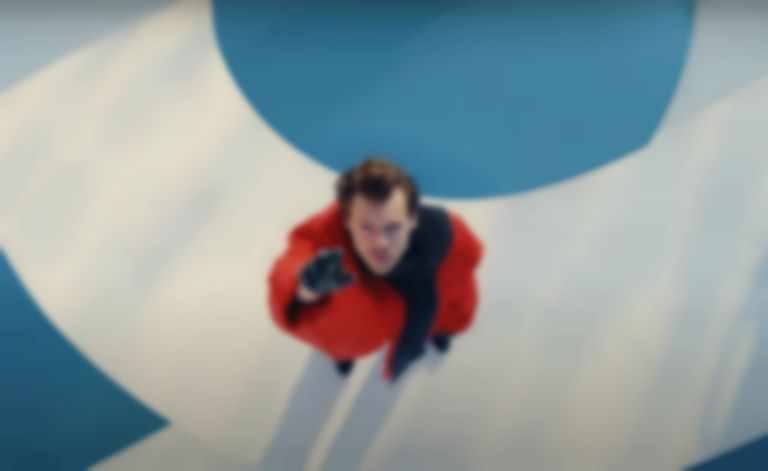 Elvis director Baz Luhrmann has revealed that despite not giving Harry Styles the lead role in the upcoming film, he "embodies so much of Elvis".

Ahead of Baz Luhrmann's Elvis film starring Austin Butler arriving in cinemas next week (24 June), the director has spoken to The Times about not giving the lead role to Harry Styles, saying, "I know Harry well. He sent me a video of him impersonating Elvis as a six-year-old. Harry embodies so much of Elvis."

Luhrmann added, "He has the nail polish, feather boa and sparkly jumpsuit. Yet he’s incredibly masculine. Mick Jagger? Same thing. But Elvis did it first, in terms of the white performers."

Last week the Elvis director spoke about choosing Butler over Styles to play Elvis, saying, "Harry is a really talented actor. I would work on something with him ... the real issue with Harry is, he’s Harry Styles. He’s already an icon."

He continued, "Harry and I came to a place, genuinely I mean, he was just desperate to put the suit on and explore. He’s such a great spirit and I have nothing but great things to say about Harry Styles."

Baz Luhrmann's Elvis film will arrive in cinemas on 24 June alongside the soundtrack, which will be released by RCA Records. Earlier this month it was revealed that Harry Styles donated his fee from a new Apple advert to the International Rescue Committee.