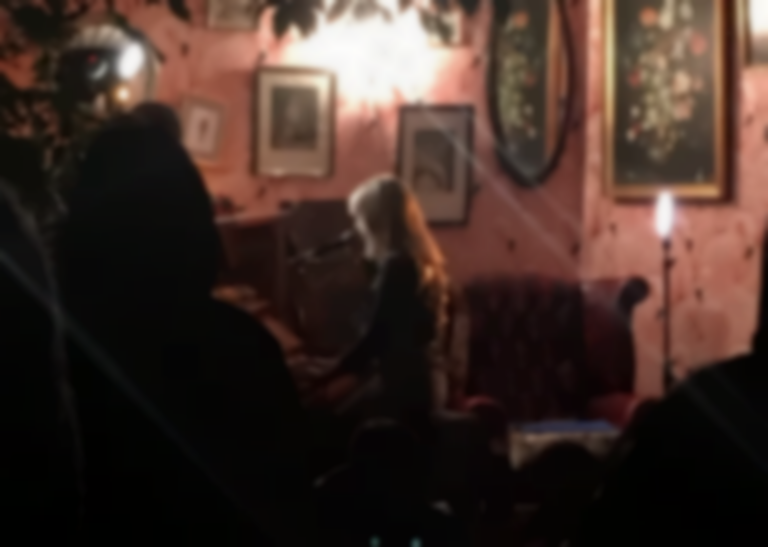 A huddle of patient fans sat around in the rain at the tiny Piano stage at End of the Road Festival this evening to watch Basia Bulat perform a special set for Best Fit.

Perahced on an upturned monitor at the piano, Bulat was a portrait of cheeriness, despite the rain which has hammered the site since midday.

Basia's five-song set began with 'La La Lie', a cut from her 2016 album Good Advice, and then took a request from a stoically damp self-proclaimed "superfan" in the front row. She then performed a cover of 'Damaged' by Primal Scream, which she said she "loves very much", before dedicating the final two songs to her friend Becky, sitting opposite, whom she says saw her playing in rooms "pretty much exactly this size" when she was starting out in Montreal.

End of the Road continues tonight with headline sets from Bat for Lashes and Wild Beasts.