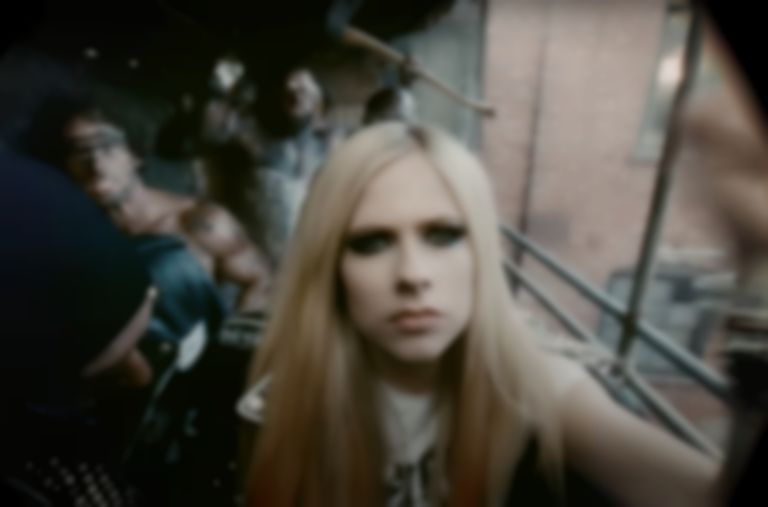 Avril Lavigne has discussed her upcoming "pop-punk" seventh album, revealing that it's a "love letter to women".

After revealing that she has plans to turn her huge hit "Sk8r Boi" into a film earlier this week, Lavigne has discussed her forthcoming seventh album, which will follow 2019's Head Above Water.

Speaking about the record, Lavigne told Entertainment Weekly, "I'm really stoked about the new music and just in such a good place. We're all having so much fun. I really went back to what sounds I originally was influenced by at the beginning of my career. To the core, I'm a kid from a small town who listened to bands like Blink-182 and Green Day and NOFX in high school, and I tapped into that. But I also was writing power ballads like "I'm With You" and stuff like that [when I first started out], so this time I just wanted to have fun and rock out. It just felt like it was time to make this type of an album."

In the interview, Lavigne also revealed that she started working on the album in November 2020, and said of the inspiration behind it, "I was just like, "Let's make a pop-punk record." ... It's fast. It's fun. It's just pure rock & roll from front to back. There's a lot of reflecting upon different relationships that I have gone through and where I'm at, and even though there's songs about past love experiences that didn't work out, I'm in such a good place in my life that it's still just fun and feisty and light. I'm kind of poking fun at myself that I've gone through a lot in love."

"I wanted to keep it light and playful, which is more of a reflection of where I am today," Lavigne continued. "I am comfortable and happy with who I am today, but I still go through the same struggles and I want people to feel empowered. My message is know who you are and trust who you are. A lot of these songs are about having the strength to walk away if someone doesn't see that. I wanted to make sure I wrote music that people could relate to. It's about valuing yourself and knowing you're enough. It's really a love letter to women."

Lavigne also revealed that she's still "going back and forth on the title for the record at the moment", and there's a "a few other features, some iconic musicians that have been around for like 20 years ago or more, and then some more newer, more recent musicians" on the album.