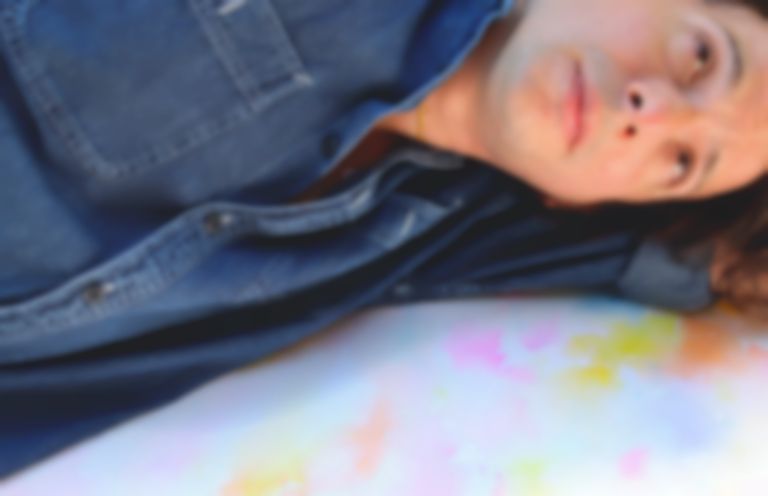 London's Attawalpa, aka Luis Felber, has released his new EP Patterns today (16 July), which is accompanied by a video for "Tucked In Tight" that's directed by Girls' Lena Dunham.

"Tucked In Tight" is the final song on Attawalpa's Patterns EP, and is accompanied by a video directed by his girlfriend Lena Dunham (Girls).

Dunham said of the song and video, "Lu’s song is all about the intense, almost romantic dynamic we develop with our phones - on our first date he told me about the song and the title and described it as “the saddest love song in the world” and I was hooked. I was simultaneously thinking about how trained we are to broadcast both our pain and pleasure online, and how desperately we (especially women) are trained to prove we are being seen, loved, desired. In a new relationship I found myself wanting to document moments at times rather than just exist in them. And so I wanted to play with this idea and confuse the audience a bit with the intimacy of what they’re watching, and simultaneously find a way to show what a nightmare being turned into #boyfriendgoals can be for the confused guy in question. After all, if patriarchy hurts everyone then so too does insta-storying your boyfriend all day while he’s just trying to get some chores done."

Attawalpa's "Tucked In Tight" single and Patterns EP are both out now.