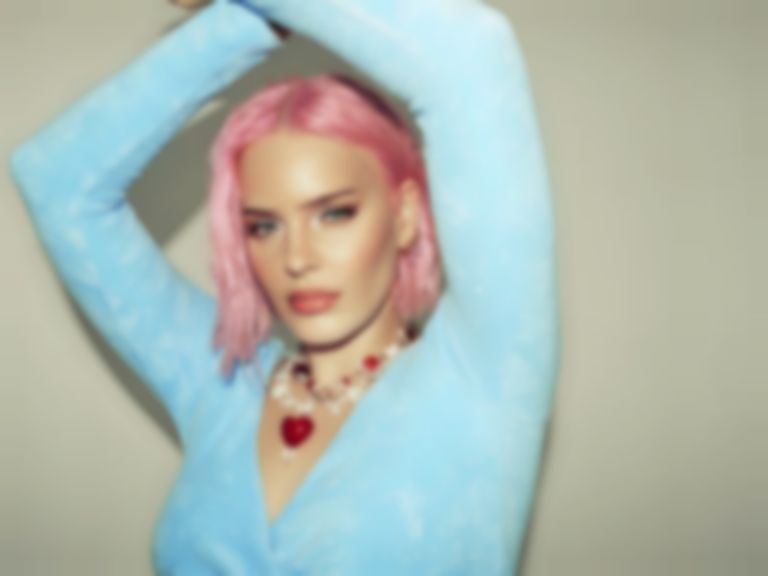 Anne-Marie has shared a teaser of her forthcoming Little Mix collaboration "Kiss My (Uh-Oh)" that will feature on her second album Therapy that's landing this Friday (23 July).

The snippet appears on Anne-Marie's two latest TikTok videos, the most recent one featuring footage from Anne-Marie's performance at the British Grand Prix yesterday (18 July), which also marked her first live show with an audience since the pandemic began.

A NIGHT TO REMEMBER!!!! MY FIRST LIVE SHOW BACK. ##silverstonef1 ##littlemix

Therapy will feature last week's "Beautiful" song co-written by Ed Sheeran and Max Martin, as well as earlier outings including Niall Horan collaboration "Our Song", "Way Too Long" with Nathan Dawe and MoStack and "Don’t Play" with KSI and Digital Farm Animals.

Anne-Marie's Therapy album will be released on Friday (23 July) via Major Toms/Asylum, and is available to pre-order now.