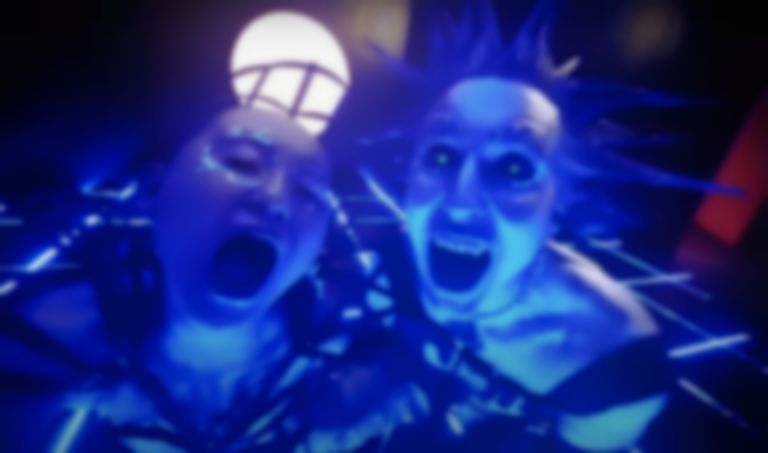 Alice Longyu Gao has joined forces with Oli Sykes of Bring Me The Horizon for her latest single "Believe The Hype".

"Believe The Hype" is Alice Longyu Gao's first outing since January's "To My White Boy Princess…", and sees her unite with Bring Me The Horizon's Oli Sykes.

The new song came to fruition through mutual admiration for each other's work, and saw Sykes record vocals in Longyu Gao’s garage.

Longyu Gao says of the release, which is accompanied by a video directed by Longyu Gao and Grace McCarthy, "I am an inventor. I am the type of artist that people need to enjoy the awesomeness in person. I am creating exceptional art, and I have to use 95% of my time to fight to be heard, to be seen, and to perform. At the end of the day I just want to make great art that lasts, that nurtures everyone, that heals me. However living in this capitalistic world gives me way too much anxiety, discrimination, and exhausation. "Believe The Hype" is a temporary pill for myself to deal with all of that."

As well as working with Longyu Gao, Sykes appeared on Sigrid's "Bad Life" in April.

To celebrate the release, both artists will host a launch party tonight (29 June) at London's Space 289 from 8pm BST. The event will feature appearances from Caro (Planet 1999), BABii, GIRLI, and Ezekiel. Sign up for free entry at believethehype.uk.

Alice Longyu Gao's "Believe The Hype" single with Oli Sykes is out now.