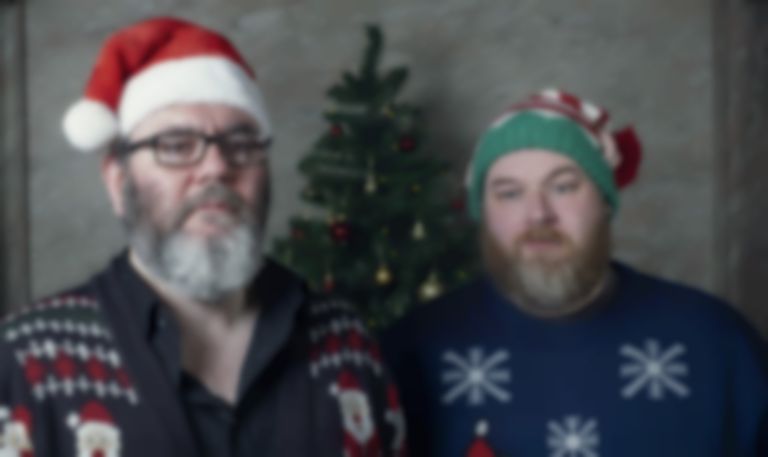 Aidan Moffat & RM Hubbert give Yazoo's "Only You" a new lease of life on their newly announced Christmas album Ghost Stories for Christmas.

Scotland's Aidan Moffat & RM Hubbert unite once again following the success of their Here Lies the Body record that landed back in May.

Their next venture is a Christmas album, which is announced alongside their heartwarming cover of Yazoo's synth-fuelled sensation, "Only You".

Ghost Stories for Christmas was written after the duo enjoyed creating a one-off seasonal track, which features on the album.

Moffat explains, “Then, on a nice, sunny, summer morning, I phoned Hubby and suggested we just do a whole album. We were really enjoying it – there’s something pleasantly perverse about recording Christmas songs in summer clothes – so we just kept going."

The duo will also take on Mud's "Lonely This Christmas" on their forthcoming 10-track album. “There really wasn’t any other song it could have been,” Hubbert says of the song choice, “It sums up the album well!”

Aidan Moffat & RM Hubbert tour their previous record over the next two months before playing some seasonal UK shows, including London's Oslo on 12 December. Tickets go on sale 9am tomorrow (18 October).

"Only You" is out now. Ghost Stories for Christmas arrives 7 December via ROCK ACTION Records.