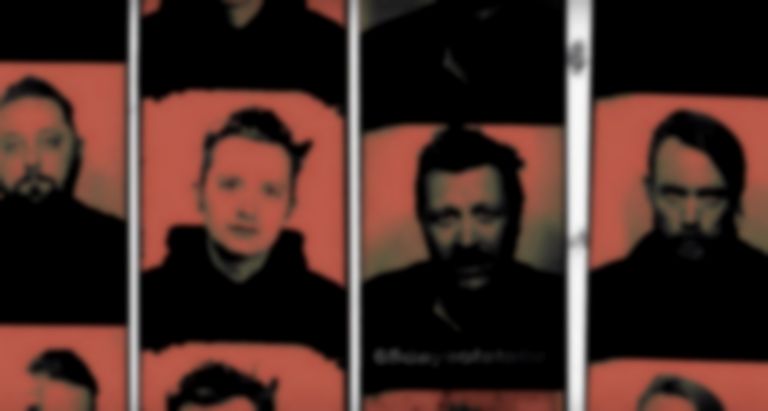 "popular beats" is the first single to arrive from replicr, 2019.

replicr, 2019 is the Sheffield band's first studio album since 2013's Wild Light - although they did do the No Man's Sky: Music For An Infinite Universe soundtrack back in 2016.

Speaking about their forthcoming record, drummer Rob Jones explains, "This was supposed to be the future, but that future got cancelled. History is moving but it’s got nowhere to go. It’s piling up all around us. That’s what this record is about. This atemporality is an illusion, it’s the cultural logic of late capitalism, consuming everything faster and faster, each artefact a more diluted replica of the last. Even the idea that "pop will eat itself" is eating itself. We need to find a way out."

"popular beats" is out now. replicr, 2019 is due to land on 27 September via Superball Music. Subscribe to 65daysofstatic's year-long project over on Bandcamp.com.