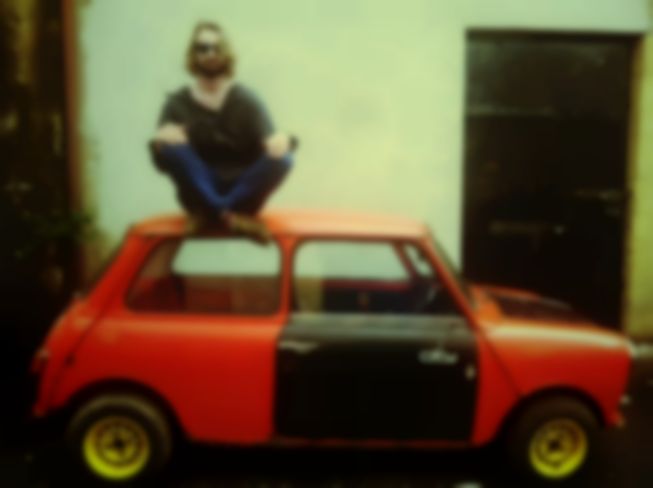 This new project from Ireland called I Have A Tribe, is steeped in mystery and anonymity. From the brilliantly baffling bio that’s available via his booking agent to the one-man-atop-a-Mini Cooper DIY press shot, we’re suitably intrigued.

Although, refreshingly, it’s not that we want to know who I Have A Tribe is, we just want to hear more of his music.

The only song online, and just about the only evidence of I Have A Tribe’s existence, is the infectious ‘Monsoon’ – a lullaby-like gem that has been on SoundCloud for a few months now. But as it so often is nowadays, the elusive nature of I Have A Tribe isn’t the interesting thing here, rather the song itself.

Opening with sparse piano chimes and hushed vocals; ‘Monsoon’ slowly grows via the introduction of understated electronic beats and more consistent, dropped-octave piano tinkering. As the vocal floats between a charming falsetto and a near-whisper with absolute ease, references to the finer moments of Aqualung and Keaton Henson sprout along the way, before the track gorgeously simmers and slithers to a halt.

For now, keep an eye on I Have A Tribe via Facebook and stream ‘Monsoon’ below.