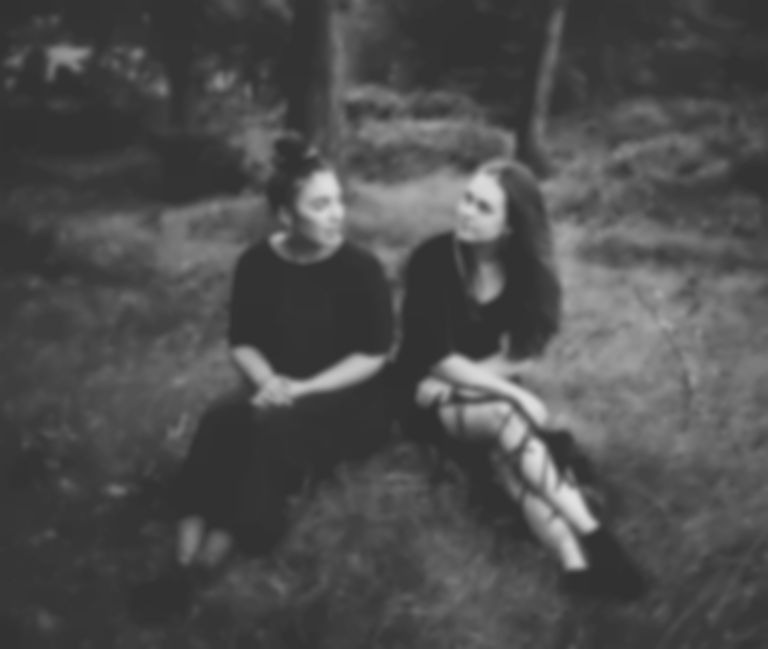 Photo by Deborah Sheedy
Song Of The Day

Previously solo artists in their own right, classically-trained Gemma Doherty from Derry and Belfast-born singer Morgan MacIntyre decided to join forces last year as Saint Sister. Today's Song Of The Day is taken from the duo's upcoming four-track EP of the same name, produced by Hozier bassist Alex Ryan.

Doherty and MacIntyre have coined the term "atmosfolk" to describe their ethereal compositions, which come complete with an electro edge.

Initially, "Madrid" is focused around a simple synth loop and a brisk drum beat, melting around a fragile vocal. Soon, however, gentle electro-acoustic harp melodies enter the fold, fading in and out of the foreground. Echoey backing vocals and canons fashion a sense of otherworldliness.
The repeated refrain of "I would only meet you there" points to a need for unity, and who better to sing about it than these soulful soul sisters, as they sonically merge from both sides of the isle.
Speaking about the track, Saint Sister says: “'Madrid' deals with themes of loneliness and idolisation. It leans heavily on 'the grass is always greener' notion. Madrid could be anywhere, the location itself isn't important. What is important is the feeling that you are not there and even if you were, you wouldn't necessarily be happier.”
Madrid EP is released bia Trout Records on 13 November. Download for free now from Bandcamp.