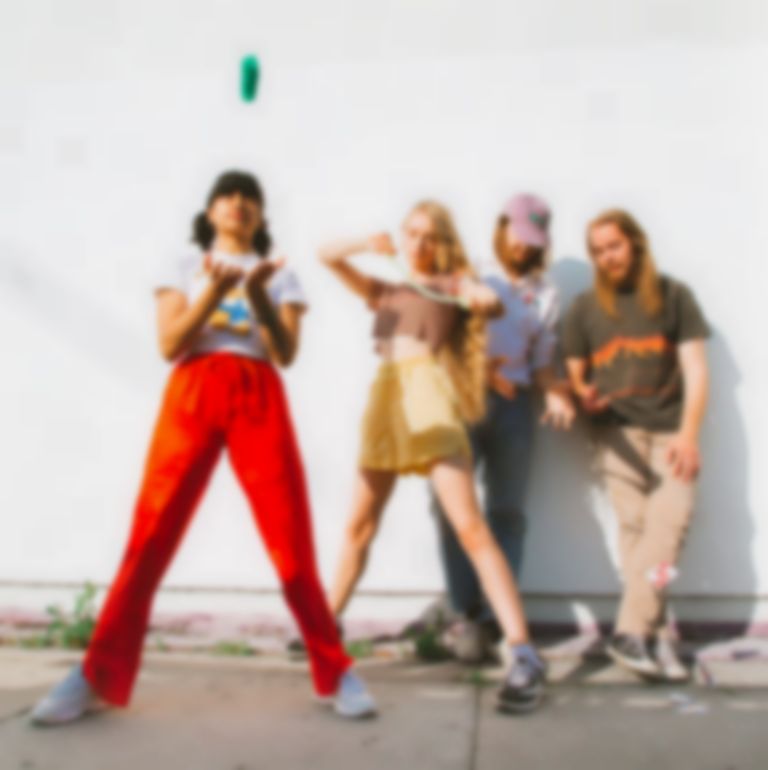 Photo by Sara Cath
Song Of The Day

With former members of both Cherry Glazerr and White Denim, Los Angeles outfit Mamalarky release their first new track of the year; the buzzing jam that is "Fury".

Over the past few years, Mamalarky have released several songs and an EP, garnering an impressive fan base in their native Austin and adopted home of Los Angeles. Now sharing their first new track since signing with record label Fire Talk, “Fury" is a vast and rapid, adrenaline-fuelled departure from the dreamy and laidback stoner feel of their previous material.

“Fury” is fast paced and forceful; enthralling and filled with synth, guitar, and basslines that capture the ever-increasing energy of today’s youth on our ever-declining planet. In fact, “Fury” could be to the Instagram-story-selfie generation what Beck’s “Loser” was to Gen X.

As front woman Livvy Bennett explains, “[Fury] is about feeling overdriven and overworked, and the humour in finding your way as a young adult.” Overdriven, overworked—underrepresented and underpaid? Many of us can relate. As a result, Bennett - who had a stint playing bass for Cherry Glazerr - wrote the spine of the song faster than she’s ever done before, adding that, “it instantly felt very right playing it as a group.”

With “Fury,” Mamalarky have ditched any sound that doesn’t feel right to them and are going with a forceful flow. Hard-hitting and overlaid with Bennett’s drawled, narrative vocals that resemble an early Liz Phair, “Fury” has a synthy, chaotic elegance. Simply, they are making the music they need to make.

Accompanied by a video directed by Ambar Navarro - whose cinematographic works for the likes of Soccer Mommy and Cuco have a candy cane chaos about them that works epically for Mamalarky - the visuals for “Fury” have a destruct-the-summer and just-get-on-with-it vibe. After all, you can’t go wrong with a trampoline.

“Fury” is out now on Fire Talk, with their debut album to be released later this year. Follow Mamalarky on Instagram.