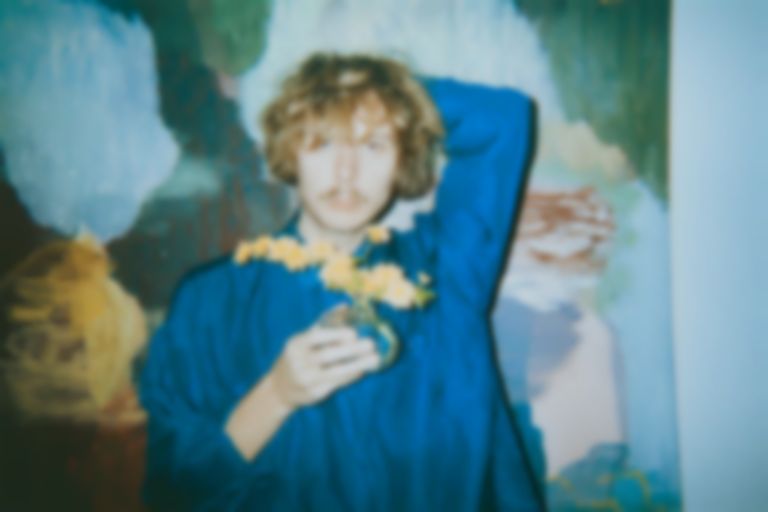 In his first release “The Gutter of Our Ecstasy”, Olof Grind aka Luminous Kid conveys all the vivid incandescence of his photography in an epical soundscape detailing the headiness of a Parisian love affair.

Responsible for the captivating imagery on Phoebe Bridgers' new record and having twice exhibited at the Swedish Museum of Photography, Olof Grind has long been known for his work with an analogue camera.

He'd previously used music only for inspiration, but was inspired during a 6 month stint travelling around South America. He returned home yielding a guitar and 20 songs, and his first track “The Gutter of Our Ecstasy” is an insight into his project as Luminous Kid.

“In Columbia I was introduced to some magical realist authors that influenced me in my style of writing,” says Grind. “The way they portray reality in a dream like shimmer really resonated with my visual world and offered me tools to explore my lyrical expression.”

And that marrying of the visual and the audible is tangible and intense on “The Gutter of Our Ecstasy”. From the swell of plush strings ebbing and flowing, to the somewhat louring vocal; you instantly become aware of both a feeling of reminiscence, an unchaining of sorts, and deep profound emotion.

Centred around a love story that unfurls during a stay in Paris, and the subsequent letters along with Grind’s experiences of being queer in a Catholic community; the track's swathes of fervour follow that inevitable hungering that comes with any short-lived physical connection - “And so the end is near and then the end is here / And be assured that the tribulations of love are worthwhile / As I’ll retrace my steps to the canopy of our love”.

The track's hypnotic lullaby foundations open up to synths, organ and drums, allowing it to billow, mirroring the augmenting of ardour lyrically. There's a touch of Sufjan Stevens to it, especially “Mystery of Love”, which is furthermore amplified in the accompanying exquisitely shot video, and its nods to Call Me By Your Name.

And while Grind may have turned his hand to music, the track shows that it's more an extension of his creativity than a substitute for photography, as he explains: “I want my music, lyrics and visual material to expand and complete one another. I’m planning on releasing a photobook alongside the vinyl version of the album to make both medias more tangible. I want to create a complete body of queer art packaged in its own project”.

“The Gutter of Our Ecstasy” is out now. Find Luminous Kid and Olof Grind on Instagram.