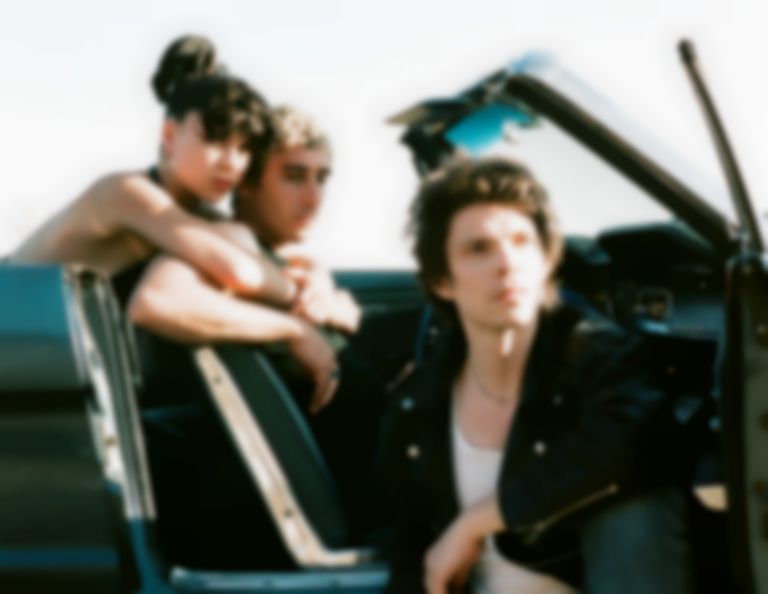 Fronted by the prolific Chloe Chaidez, "Angelina" is the first taste of the LA-based band's forthcoming second album.

Kitten have been releasing music forever it seems. The project led by Chloe Chaidez, who's just launched a skate crew and is part of the infamous Charli XCX-formed pop outfit Nasty Cherry, have been on the go since 2010, but so much has changed since then.

With the band's line-up in constant flux, their criminally underrated self-titled debut album dropped in 2014. In the years that followed 3 EPs were released with last year's Goodbye Honeymoon Phase showcasing a new direction and the addition of viral bass-playing star Blu DeTiger and her brother Rex into a six-strong formation.

Now a three-piece the remaining members, have spent lockdown putting the finishing touches to their second album and relentlessly teasing their productivity and new music through their social channels. And while live music might seem a million miles away right now, clips from Kitten's shows have been clocking millions of views thanks to Chaidez and her death-defying antics.

Drawing on '80s and '90s influences, "Angelina" sees Kitten building on the future-facing pop of their last EP, while perfectly combining their nostalgic references into the mix. It's a track for turning up loud and the as the lyrics suggest driving "top-down" through the streets with the wind in your hair, "Angelina" marks the start of an exciting new chapter for the band.

A music video is set to follow later this week. Capturing the spirit of the song perfectly, Chaidez tells us "my mother directed this video with me, which was a very special experience. I wanted to capture my current life and the skater girl culture in LA while being a little glam too."