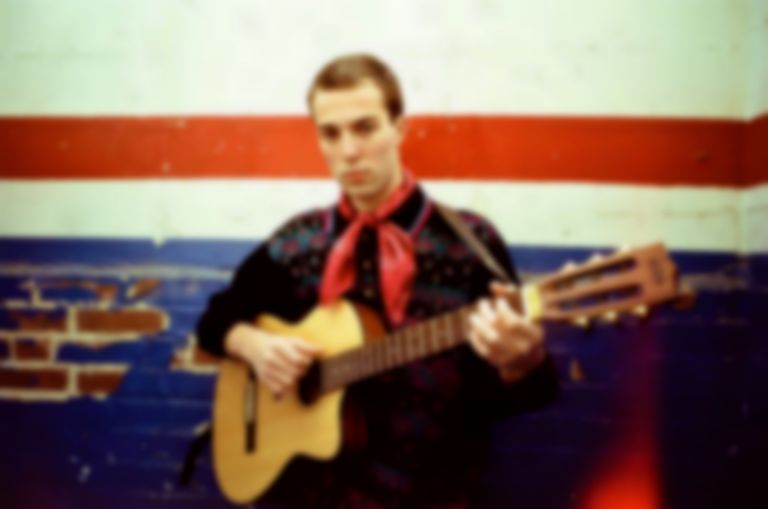 Photo by Kate Killet
Song Of The Day

The new single from the Philadelphia-based singer/songwriter arrives before the release of his debut album About A Year with Shamir's Accidental Popstar Records.

Having grown up in a musical family and as a self-taught guitarist, Pavol began writing songs as a medium for his self-expression before beginning to share his work through intimate live shows.

Working with fellow Philadelphia-based musician Shamir, and his independent label, began with the release of Pavol's debut EP Okay Please last year. The pair were milling around in the same DIY scene back home and after crossing paths, Pavol eventually signed with Accidental to release the music he'd spent most of his life working on.

The forthcoming album About A Year was all recorded and produced during Pavol's first year of university, in his dorm room. As well as "Men Who Taught Me Chords", it's set to feature last month's "Bones" which deals with the passing of his grandfather. Themes of personal change can be found throughout the record and as for the new single, it deals addresses Pavol's personal reckoning with his former musical heroes.

"This is a song about influence," Pavol explains. "I started going to house shows in Philly when I was 15, and several people who I looked up to during my early years in the scene have since turned out to be quite awful people."

"I've had many periods of time where I have felt unsure as to whether I could ever tear my art away from the sway of rotten influence and create works which were pure, true, and honest. "Men Who Taught Me Chords" is about reclaiming your art and your independence; a song against false idols."

Influenced by the honesty and no-frills songwriting of Elliott Smith and Sufjan Stevens, Pavol translates sincerity into every moment of his music, whether that be lyrically or through a choice instrumental strum. You can find the perfect example of this when the chorus of "Men Who..." hits.

"Men Who Taught Me Chords" is out now. About A Year drops on 4 September via Accidental Popstar Records. Follow Grant Pavol on Instagram.