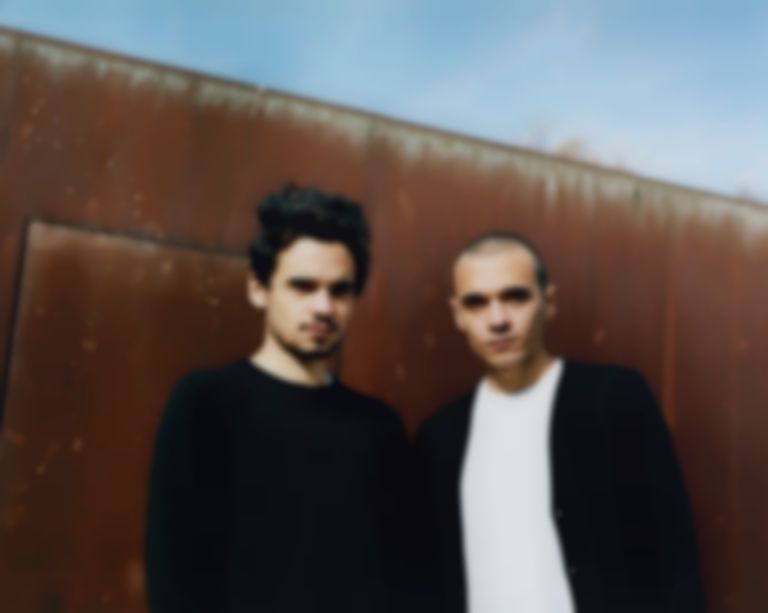 London duo Formation returned recently with “Hangin’”, the first bit of new music we’ve been graced with since their fantastic debut EP Young Ones dropped in the spring.

“Hangin’”, like previous highlights “Young Ones” and “Back Then”, finds the brothers sinking in to a beat and refusing to let go. Distal elements—shoutalong vocals we’ve come to know and love, the occasional staccato cowbell, synths that rise to prominence in the second verse—are held in place by the bassline personified here.

And though this latest offering sees them once again attempting to unite one nation under a groove, Formation weren’t shy about their personal (“All things pass, you’re gonna die - so take responsibility for what you’re doing,”) or political (they implied that much of their previous EP was about “getting bogged down in capitalism and being fucked over,”) agendas in a recent interview with DIY magazine.

Never have the two intersected so seamlessly in one Formation song as in “Hangin’”, which tells the story of a cubicle minion pulling at his tie at the thought of the excitement happening in the city all around him. One can only hope that this is the first of more to come from one of our favourite new artists. Listen below.