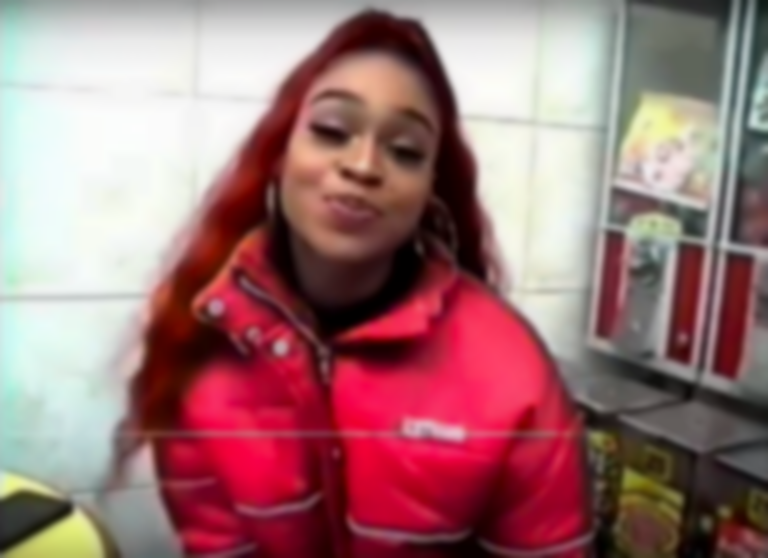 Ebhoni Ogarro's influences span from her West Indian roots to the 6's Weston Road, and “TGM” (Tek Gyal Man) proves that she's determined to show exactly who she is.

Her new track is a fresh bolt of undaunted reggae-inspired alt-pop, and she sings in Jamaican Patois throughout.

The accompanying lo-res video for “TGM” was directed by Christine Boachie aka bbychrris. The chilled and relatable visuals see Ebhoni hanging in the local haunts in the Weston Road neighbourhood of Toronto, an area which shaped her and her music, and which happens to be the same place Drake grew up. She told Red Bull Music that the area “has a lot to do with who I am”.

"Tek Gyal Man ('TGM') was a fun song to create," says Ebhoni. "I'm NOT encouraging girls to go around taking guys from their girls but... often times females look at other girls like they're the problem when their man is watching other females or trying to holla. All I'm saying is you shouldn't feel bad if you ARE THAT BITCH!!

"The video was again filmed on Weston with some of my close friends doing what we love, getting our nails done and treating ourselves... minding our business. This goes back to what I was saying about if you are that bitch, feeling yourself, having hella confidence and living your best life!!!"

“TGM” is out now on Twin Records. Find Ebhoni on Instagram.