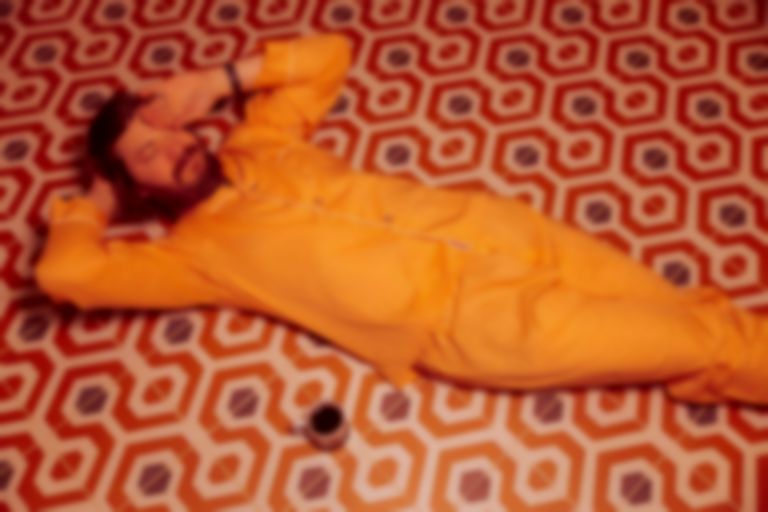 Photo by Erin Rambo
Song Of The Day

E.B. The Younger is the new project of Eric Brandon Pulido, frontman of Texan folk rock legends Midlake. Having just finished touring with Bella Union label-mate John Grant, “When The Time Comes” is another early peek into his debut solo album To Each His Own, which drops next week.

The accompanying video was shot in the speakeasy owned by members of Midlake in their home town of Denton, Texas. It's a journey to the heady days of 1960s sleazy-chic TV inspired by the flash-in-the-pan show Playboy After Dark, which Pulido uncovered when down internet rabbit holes searching for live footage of Harry Nilsson.

"Host Hugh Hefner would mingle with the hip attendees and the aesthetic and vibe was that of a casual 60s cocktail party which included a featured performer,” explains Pulido. “Acts like Grateful Dead, Three Dog Night, Steppenwolf and many more performed and some loose interview banter was exchanged as well. I felt like these cool types of show formats don’t really exist as much any more and it’d be a fun way to tip my hat to the reference and style of yesteryear.”

The Paschall After Dark mini-episode/music video was directed by actor Jason Lee (most well-known for playing the title character in My Name Is Earl), a longtime friend of Pulido's, with Exploredinary. “Getting to work with Eric Pulido and Chris Pastras on the 'When the Time Comes' video was like a reunion of sorts,” says Lee. “Chris and I had collaborated with Midlake 15 years ago on our Stereo Skateboards video Way Out East! And so to be able to direct Eric and Chris in a video for Eric's debut solo record was really special for me.”

The story behind the name E.B. The Younger was something of a humble act from Pulido. “It’s an antiquated way of naming a younger member of a family,” he explains. “I’m expressing, simply, that something greater came before me. It’s countering the idea in today’s culture that everything revolves around ourselves, that we’re the most important thing in the world. I feel that humility is a lost virtue – you only have to look at America’s current leader to see just how lost - which I want this record to represent. Honesty, empathy, love.”

“When The Time Comes” is out now via Bella Union, and the album is available to pre-order. E.B. The Younger will play three headline shows in the UK including 17 April at London's Oslo. Find E.B. The Younger on Facebook.