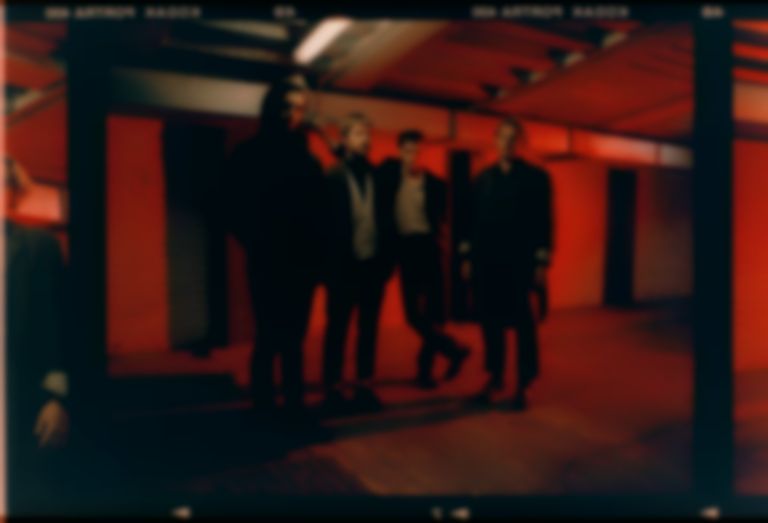 Photo by Adrian Vitelleschi Cook
Song Of The Day

Released again on their own imprint label Exact Truth, Nottingham’s Do Nothing channel Talking Heads on new effort "Glueland".

Do Nothing's new effort follows the success of their debut EP Zero Dollar Bill, which marked them as one of the most exciting post-punk bands in the UK right now. Finding that precise balance between punk attitudes, pop melodies and anthemic indie riffs, the result is a powerful bass-y surge forward for the band.

They’ve always been prime for their razor-sharp lyricism, but on "Glueland" we see Do Nothing take on the seemingly mundane and turn it into something vibrant and interesting, with an extra dose of charisma from Buzzard Buzzard Buzzard’s vocalist/guitarist Tom Rees, who mixed the track.

Speaking on "Glueland", Chris Bailey of the band explains, “The song refers to the feeling of being stuck in some kind of weird limbo-land. It’s about how rather than being dictated by wild or dramatic decisions, a lot of things (both good and bad) are controlled by this sort of lame jockeying that happens right in the grey dull middle ground of everything. That being said, it’s a fun song and we hope you like it.”

"Glueland" is out today via Exact Truth. Find Do Nothing on Instagram.