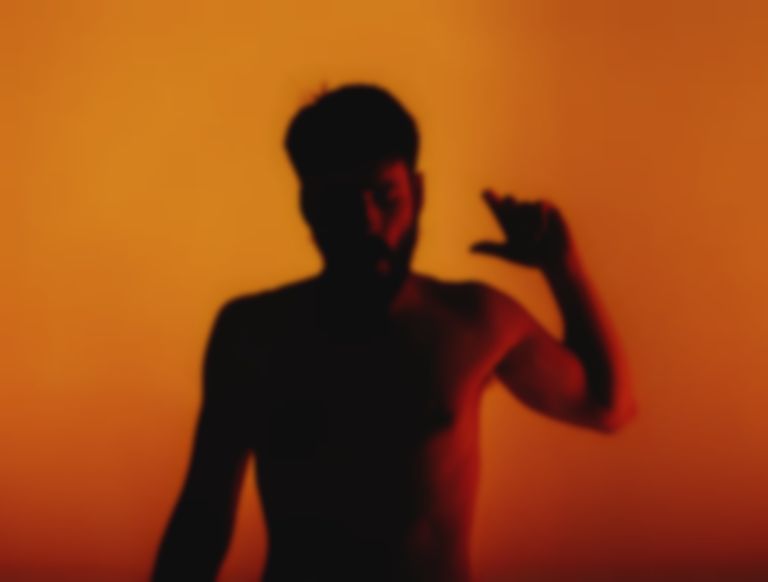 Photo by Fabrice Bourgelle
Song Of The Day

The track – taken from the emcee's upcoming project The Unmaster – describes the violence and volatility that often mars city life, and was inspired by a series of real events Dizraeli witnessed whilst living in North London.

Its video sees the rapper and his dancer counterpart lit starkly by Smartphone-esque handheld spotlights: as the track's scenes unfold – the kids jacking a tourist's phone, the woman harrassed on the tube, the stranger attacked in a local corner shop – the players dance through a series of disjointed and increasingly disturbing set pieces.

Musically, “Oi Oi” is a far cry from the folk-leaning hip hop of Dizraeli's early work. Its fractuous beat is reminiscent of Antipop Consortium's Arrhythmia, with just Dizraeli's soft, Bristolian accent to iron out the egdes. Upcoming album The Unmaster, which toured in 2018 as a performance piece of the same name, is expected to take an unshrinking look at the issue of mental health, and Dizraeli's own feelings of being “baffled as fuck” at the state of the world.

Speak to Best Fit, he explained the inspiration behind “Oi Oi”:

“This song is really a journey through many sides of London. There was a period of a couple of weeks when I saw a lot of violence and unrest around me in the city: I witnessed the stabbing of a shopkeeper near Total Refreshment Centre, where my studio is now, and separately two days later, armed police screaming down a kid who was lying on the floor. Then an insane domestic battle, then several phone jackings. I had a sense I've had often since, that the world around me was falling to fragments. I think there's a lot of collapse happening at the moment, within and between people, and this song is about that.”

"Oi Oi" is lifted from forthcoming album The Unmaster, out in August. Find Dizraeli on Facebook.