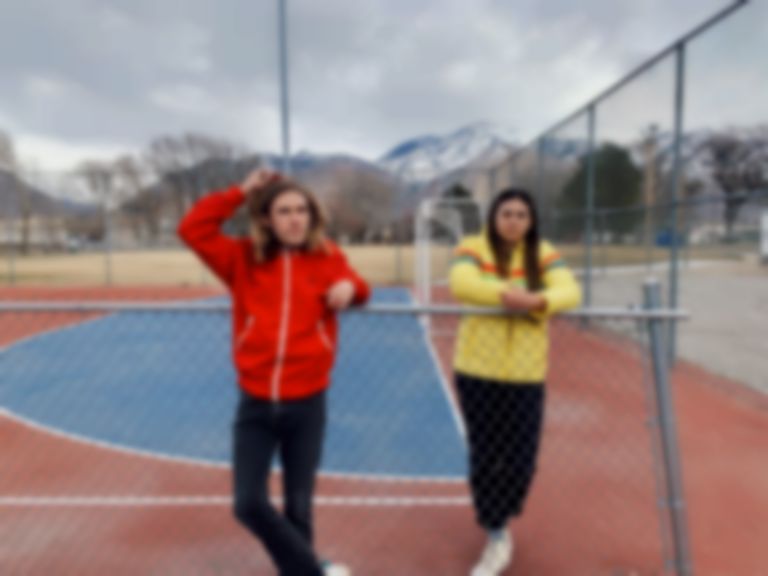 Cop Kid's Marny and Boone just want to hide away, slap a face mask on and pretend their "Big World" problems don't exist.

On their new anti-pop anthem, the pair begin to blur the line between self-isolation and self-care. It's hard to determine where the sweet spot is between hitting pause and taking some me time and then switching off from everything outside of your own bubble. They call it "the soundtrack to the inevitable quarter-life crisis: simultaneously recognizing the world is so much bigger than you, while still being hyper-focused on your own shit.”

"In my early 20s, I found myself trying to figure out how to deal with my own problems that seemed to keep growing beyond anything I could control," vocalist Marny explains. "I passed off avoiding the issues as my own form of self-care, as I think many of us do when we don’t know how to cope, and that’s what "Big World" is all about."

Former frenemies, Marny and Boone found each other as solo artists in their local scene before joining forces. Originally just helping each other get out of their respective writers' blocks, their collaborative efforts quickly became something more. Finding common ground with their love of the Sega Dreamcast, and the Sonic The Hedgehog soundtrack in particular, producer Boone also brings in references from Anime and electro-pop to create their unique sonic world.

The music bops in this happy-go-lucky kind of way, pushing the idea that “everything’s fine” as long as I’ve got Grey’s Anatomy and face masks to keep me company," Marny adds. Blending this sense of optimism with some glass-half-empty sadness, Cop Kid bind the extroverted glam of hyperpop with the introspective musings of their singer/songwriter beginnings, creating something reflective in every sense of the word.