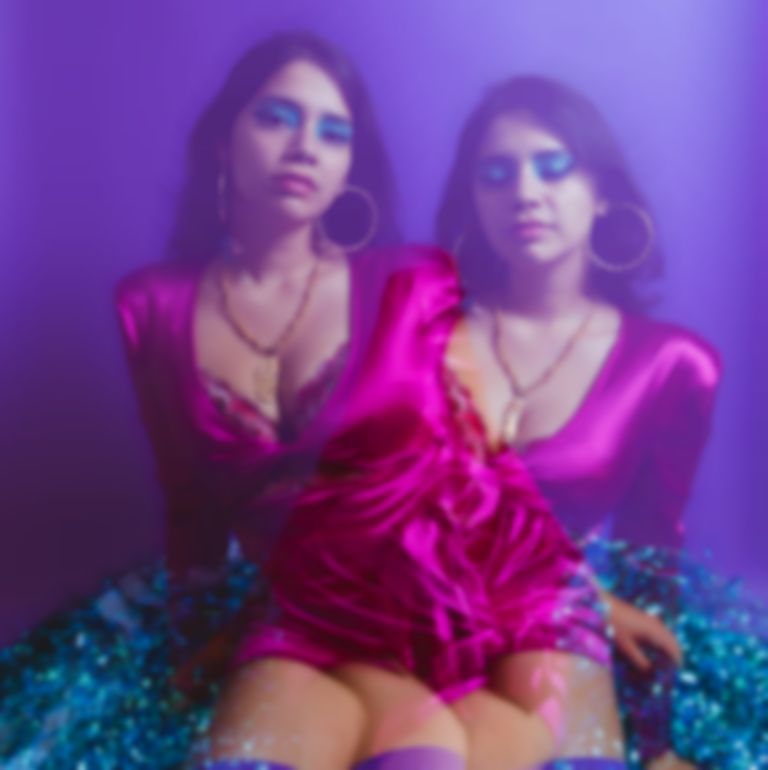 Photo by Myles Katherine
Song Of The Day

With a co-sign from Barack Obama and an array of exciting singles released over the past year, Angelica Garcia shares her new track “Guadalupe” and makes good on her promise with the announcement of debut album Cha Cha Palace.

An exciting name for 2020 with her unique sound, Angelica Garcia has announced her upcoming debut album Cha Cha Palace with the release of fiery new single "Guadalupe". An ode to the Catholic icon La Virgen de Guadalupe - an important figure within Latinx communities - this release draws both from Garcia's background and upbringing, and also her fierce and passionate femininity.

The vibrant video sees the emerging artist presenting strong movement and extravagant costumes as an all-female cast perform in celebration of the young deity, repeating the formidable cry of “I want to be like her”. It's a heady, intoxicating mixture of Latinx influence and a bold celebration of the female form, evoking thoughts of Rosalía.

“Growing up I was taught the tradition of looking up to La Virgen de Guadalupe for comfort and protection. This was passed down to me by my grandmother,” explains Garcia, of the inspiration behind the namesake of her new track. “As I got older, the duality of her story started to sink in with me. I was confused that this young mother is so highly regarded in Latinx culture, yet many women around me (my mothers, cousins, sisters, and friends) felt so disrespected at times because of their gender and its associated roles.

“I believe part of her power is that she's an unexpected hero,” Garcia continues. “Her power is not defined by her physique. I give thanks for that and cherish that because if it's true for her, it's true for me and my sisters. Sacredness is held within us and cannot be deciphered by an outer appearance.”

By taking time to hone her sound, Angelica has created a style that incorporates her heritage and remains fresh, current and boundary-pushing.

“Guadalupe” is out now via Spacebomb Records, with the debut album Cha Cha Palace out 28 February - pre-order it now. Follow Angelica Garcia on Instagram.